Skip to content
Home > TV > The Bachelorette > ‘The Bachelorette’: JoJo Fletcher And Jordan Rodgers Finally Get Married After Six Years Of Being Engaged-‘It Was All So Worth It’ 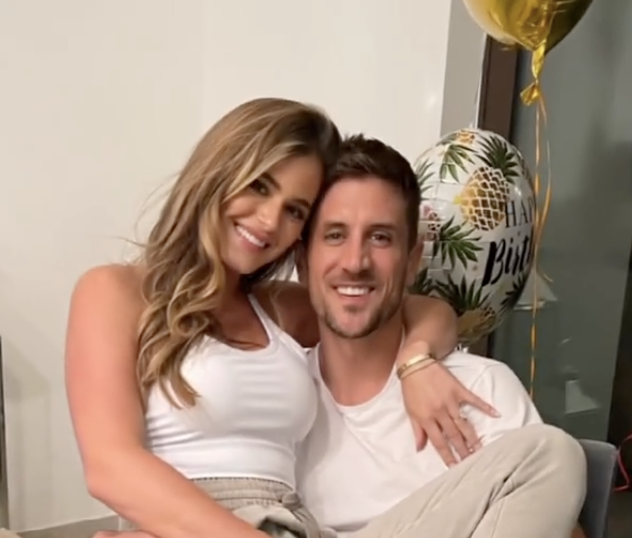 JoJo Fletcher and Jordan Rodgers have finally made things official by getting married.

‘The Bachelorette’: JoJo Fletcher And Jordan Rodgers Finally Get Married After Six Years Of Being Engaged

This has been a long time coming to say the least, as the pair had been engaged for around six years. According to reports, the duo decided to have their own bespoke vows in what was an intimate ceremony.

The wedding was held on Saturday, 14th May 2022 at the Sunstone Winery, Santa Ynez, California. As part of that process, it was not surprising to see that names from the Bachelor franchise were present. Becca Tilley, who was best known for being on the 20th season of the Bachelor, had a major part to play.

She was apparently the bridesmaid, who helped to oversee the proceedings. Other attendees included Adam Gottschalk and Raven Gates. And by the looks of it, things went down very well indeed.

In the pictures here, we can see that Jordan and JoJo are wearing their respective wedding attire. JoJo has gone with a traditional, white wedding dress. Meanwhile, Jordan has equally kept things simple with a classic suit.

And now that the wedding is done, JoJo was relieved at being able to look ahead to the future. In an interview with People magazine, she said: “It feels so good! It took a while to get here but it was all so worth it. We are FINALLY married!!! Can’t wait to start this next chapter of our life together.”

The fans on social media were delighted for the couple. After having had their wedding plans disrupted due to the pandemic, people were glad that they could put that behind them once and for all.

One person wrote: “Don’t even mean this in a bad way but it feels like 10 years since she was the bachelorette and they got together.” It is great to see the couple in such a good place, and hopefully going forward, things continue to stay that way. So there you have it folks.