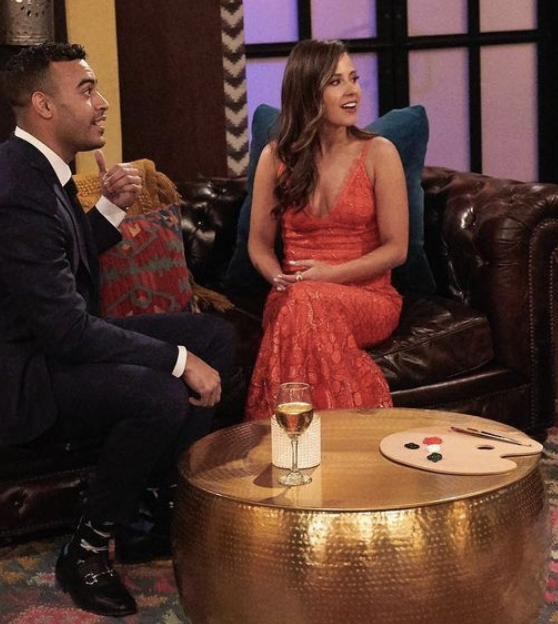 Katie Thurston has opened up on Justin Glaze’s departure, which left Blake Moynes with a clear run to win the show.

‘The Bachelorette’: Katie Thurston Opens Up On Justin Glaze’s Departure

In the final moments, it was clear that Katie was going to choose Blake. And yet, that is not how it went down behind the scenes. That is according to Katie herself. This may explain why Justin became so emotional when Katie turned him down for Blake. Although the fans viewed it as being over the top, Katie admitted they had a deep connection, not all of which was caught on camera.

In an interview with Us Weekly, Justin said: “I’m not surprised he was blindsided. There is a whole love story you guys didn’t get to see. But him and I both agreed it doesn’t matter what people got to know in terms of our connection. We know what was there and what we were able to take away from it.”

Nevertheless, Justin has been left wounded by the whole process. After all, he had spent the best part of a month getting to know Katie while his intimate thoughts were being broadcasted to the entire world. In addition to that, Justin had gotten to know Katie’s family and vice versa.

With that then suddenly being taken away, there was not a lot he could do. In an episode of the show, he stated: “We’ve spent a month together, getting to know each other. It’s so hard.… You don’t want it to end. It’s hard. It’s hard. It hurts, man. I gave this everything. I feel a lot of emotions.”

Having said all that, Justin and Katie are still on good terms. It is not often that this happens, especially since Katie has moved on with her love life. But it does show that there was a genuine connection at the heart of it all.

Katie’s following comments confirmed as much: “We actually remain on great speaking terms today. But yeah, I will say you definitely missed out on learning more about this great guy.” Justin may have missed out on Katie, but there is still plenty of time for him to settle down with someone.