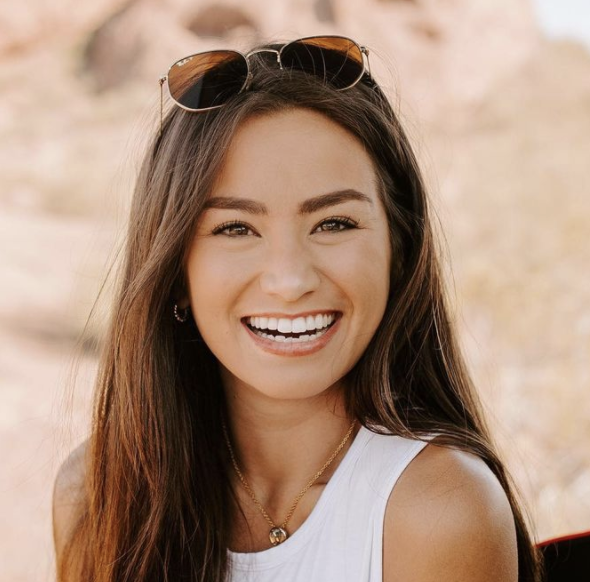 Caila Quinn has come out and defended Greg Grippo following the conclusion of this season’s Bachelorette.

Greg became a household name on the show after he decided to leave the franchise in response to Katie Thurston’s failure to declare her love from him. While the pair had a chance to hash things out on the season finale, it was clear that the duo would not be remaining friends anytime soon. And yet, Caila has defended the negative criticism that has been coming Greg’s way.

One of the things that has been directed at Greg has been the rumours that he attended acting classes prior to his appearance on the show. Naturally, Katie felt that Greg’s dramatic exit was a part of that and designed to broaden his exposure. Nevertheless, Caila does not believe this to be true.

During an interview on the ‘Here for the right reasons’ podcast, she stated: “The thing that bothers me is that people were so hard on Greg and were giving him all of these labels…An actor is someone who plays a role, and Katie was playing a role. So are we going to label her as an actress? No. I think it’s just really unfair.”

Caila does have a point. Although Katie continually stressed that she was keeping her options open, it is important to remember that the show had reached its last three male contestants. Naturally, if Katie was still unsure over who she wanted to be with at this time, then Greg’s frustrations were understandable.

After all, how much more time would Katie need to make her mind up. And Caila understood this angle that Greg was coming from.

She added: “At the end of the day, I think Greg was there genuinely looking for his person, but just a different kind of person than Katie was, and that’s OK. We’re all not supposed to fall in love with everybody. There’s one person for everyone.” Katie has clearly moved on in her life, and we wish her the best with that. But as for Greg, there is still plenty of time for him to settle down with someone.