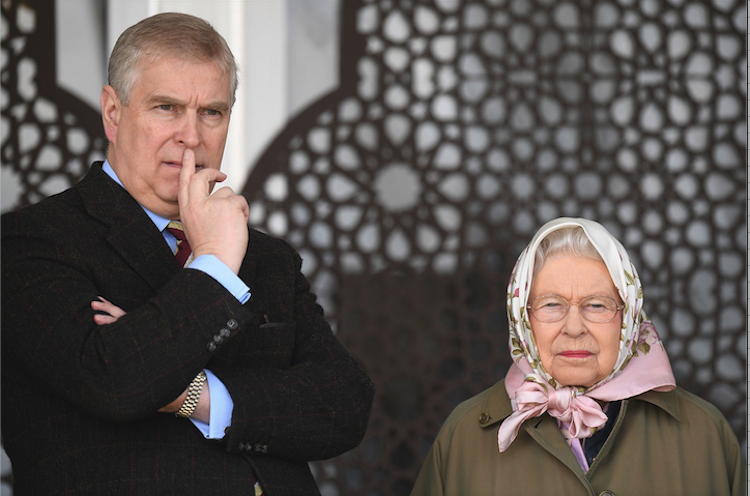 So, now she’s worried? There’s a new report that suggests Queen Elizabeth is rather concerned now that she’s going to have to deal with a royal pain-in-the-you-know-what thanks to her favorite son, Prince Andrew. Virginia Roberts Giuffre has filed a lawsuit against the Duke of York for alleged sexual abuse, according to federal court documents filed Monday. Here’s what you need to know.

Virginia Giuffre, who was also an alleged victim of Jeffrey Epstein, stated that she was forced to perform sex acts with Prince Andrew. In 2019, Virginia told the BBC she was trafficked by Epstein and forced to have sex with his friends, including the Duke of York, when she was underage.

And now royal biographer Duncan Larcombe says that the Queen might be seriously concerned about this lawsuit, especially as Virginia accused Prince Andrew of causing “intentional” emotional distress as a sex-trafficked victim.

He told OK! Magazine in a new interview, “There’s no way the Queen is not extremely concerned that her own son has been accused of this in a civil court in America. It looks like we’re going to be heading towards a very, very personal and serious attack on Prince Andrew’s behaviour in a court of law and that’s the stuff of nightmares for the Royal Family.”

The royal critic also noted that Queen Elizabeth is someone who is concerned about what kind of reputation the royal family has around the world.

Larcombe added: “When you add to that the criticisms that Prince Harry has fired across the Atlantic at the royal family as an institution – Meghan as well – the double whammy effect is definitely going to be a huge concern to the Queen.”

So far Buckingham Palace has not commented on the matter.