Skip to content
Home > TV > Real Housewives of Beverly Hills > ‘RHOBH’ Spoilers: Is Erika Jayne Trying to Confuse Us Into Believing Her?

‘Real Housewives of Beverly Hills’ spoilers find that everyone, even the Feds have put Erika Jayne under a microscope and are watching closely to see if she will give anything away in regards to the lawsuit against her.

So of course, as she “opened up” on the last episode of RHOBH, you could hear the collective creak of couches as everyone leaned forward to learn…a whole lot of roundabout stories.

Just what was Erika trying to say as she talked about estranged husband Tom Girardi and his failing mental faculties…no one is 100% sure.

Firstly, as the episode started, the other Housewives learned that Tom’s mental state is being investigated as it appears he has some form of dementia and both Erika and Toms accounts had been frozen due to “missing money”.

One of the Housewives who just doesn’t get it yet (Dorit, probably) is aghast that Erika cannot access her own money (you mean, orphans’ and widows money…right?)

‘Real Housewives of Beverly Hills’ Spoilers: Is Erika Jayne Trying to Confuse Us Into Believing Her?

Erika, of course, continues to claim she knows nothing about where this missing money could be– statements that have already not aged well as we know $20 million was funneled from the Giradi Keese Law Firm through her various businesses.

Speaking of, this episode we watched Erika close up the Erika Jayne Club House. It’s no longer an expense she can afford as, since their split, she has “not received one dime from Tom Girardi, despite what everyone seems to think.”

I guess as she was funneling that $20 million from her husband’s shady law practice  she forgot to keep a wad of Benjamins in the toilet tank for a rainy day. Alas, the neon “Pretty Mess” sign is turned off. Those electricity bills really add up…when you are spending $9000 a month on your “tiny house” rent.

Nope, no one is feeling empathy for Erika yet, especially as she claims, “I can take care of myself — people seem to forget that.”

This is, of course, a 180 degree turnabout from the narrative we witnessed the week before when Erika, through streams of mascara tears, played up the trodden-upon housewife who was at the mercy of her husband’s every whim.

Back to the desert where Kyle Richards has corralled everyone, including true star of the show, her sister Kathy Hilton (Kathy…where have you been?) to her holiday home.

Erika shows up and, in her cool, indifferent style starts to weave a tale about Tom so bizarre and non-sensical that, had we been present, we would have followed Kathy’s lead and start clearing the table of dishes rather than try to make sense out of the senseless.

So, here we go as we try to gather all of Erika’s claims about Tom- mainly in response to Erika insisting she saw the decline of Tom’s mental health but he wouldn’t do anything about it.

Sidenote: Leaving your husband in his “time of need” just paints you as more of a monster. Erika. Only an asshole would leave their spouse of 20+ years if his faculties were betraying him. For better or for worse, huh?

Anyhoo- first Erika says Tom would fight her when she would ‘gently’ bring up the fact that his memory wasn’t how it used to be and that he would get angry due to pride. Ehhh, maybe, but then the tale of the car accident began and we forgot all about the image of Tom standing in his boxer shorts and suit jacket, grabbing up his suitcase to head to work …

Making less sense than Connecticut born and raised Dorit’s British accent (and if my spell check changes her name to Dorito one more time, I’m leaving it), Erika explains that Tom once got into a car accident but she hid the news from everyone.

The accident reportedly occurred around 3 years ago, and was the catalyst behind Tom not driving himself to work for the last few years. Well, actually, it wasn’t just a car accident. Tom drove his car off a cliff, breaking his ankle, shoulder, clavicle and was unconscious for 12 hours. Erika was the one to find him. He suffered some brain damage as a result of the 12 hours coma and this is the beginning of his cognitive issues.

Sounds absolutely horrifying…but then we learn more. The cliffs were behind their sprawling mansion so Tom knew the road well. The fact that he drove straight instead of around the switchback curves he’d navigated for years meant that it was a sign of his mental acuity slipping.

While Erika didn’t give details of how Tom got out of the car or what happened to the car, she did say she was the one to find him after he’d been missing all day- you know, unconscious.

But then Tom called Erika. Yes, while in a coma. And that’s why Erika didn’t look for her missing husband. He wasn’t missing, he was having an affair. Except he wasn’t, he was unconscious.

“What woman did you think he was with?” Kyle asked, wrapped up in the story(ies) to which Erika replied, “I don’t know, you can take your pick.”

Erika next accused Tom of having multiple affairs, her suspicions backed up by evidence found on his phone. “It was text messages, it was pictures, it felt like it was years’ long,” she drawled in her patented monotone.

“Why would you not leave if you knew he was cheating on you?” Kyle asked either throwing back the wine and eating up each syllable, or just dying to hear what would pop out of Erika’s mouth next.

“Where am I going?” Erika repeats twice with the desperation of a woman who apparently can’t “take care of myself”. That woman REALLY needs to pick one schtick and …schtick to it. (Thank you, I am here all week).

Audiences were left with jaws dangling as they tried to either make sense of Erika’s stories or wonder why any of her costars aren’t calling her out for the contradictions and holes bigger than Lisa Rinna’s self-confessed need for attention.

And of course, they took to Twitter with their thoughts.

Erika just pulling shit out of her ass at this point #rhobh pic.twitter.com/nVzYflwDLa

Remember how they mocked LVP fainting in her DWTS rehearsal, saying it was fake? Honey, what is this? #RHOBH pic.twitter.com/zodcLMKGD1

But, as always, there was a silver lining to all the dramatics

We made it an entire episode without hearing Crystal talking about being “violated “ by Sutton. Thank god. #RHOBH pic.twitter.com/B4jeafwFLV

Catch Real Housewives of Beverly Hills on Wednesdays on Bravo. 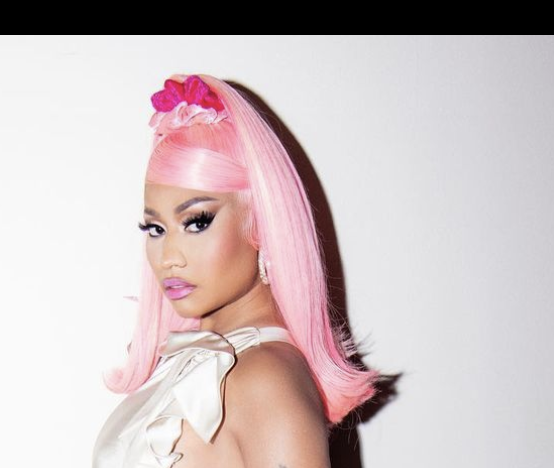