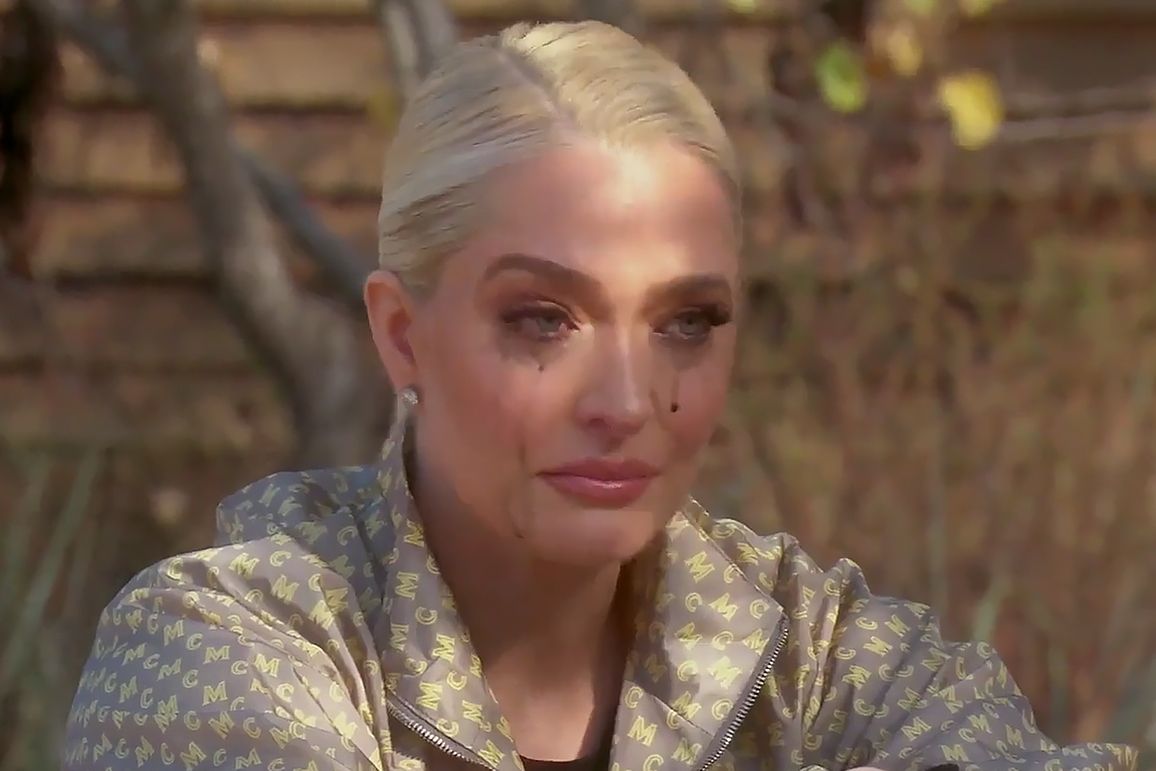 ‘Real Housewives of Beverly Hills’ spoilers find that there is an almost universal agreement amongst fans: Erika Jayne did it.

Though Erika’s co-housewives are saying “innocent until proven guilty” (a luxury they did not afford Denise Richards or Lisa Vanderpump), fans of the show are finding it very hard to understand the big switch up in Erika’s brand.

‘Real Housewives of Beverly Hills’: No One is Buying Erika Jayne’s Brand Switch From Boss Bitch to Blubbering Baby

These women are saying Erika’s innocent until proven guilty. Where was this energy for Denise during ScissorGate last year? #RHOBH pic.twitter.com/A93QCt5m73

Always portrayed as a ‘Boss Bitch’ in total control of her life, Erika is now trying to sell that estranged husband Tom Girardi pulled the strings and she was merely his puppet, begging for scraps at the edge of the table.

Erika is pretending she was so powerless all this time yet she portrayed herself as a bad bitch who handles her shit all these years. Girl, the math isn't mathing #RHOBH pic.twitter.com/YKjKIrWEdl

We can’t even cover that steaming bull$h!t with a sneeze or cough, especially now knowing Tom is in late stage Alzheimer’s…oh, and that Erika received $20 million “in loans” from “the firm” (no, not the same firm as the one Meghan Markle referred to!)

In an Emmy worthy scene, Erika met up with friend and co-star Kyle Richards in her non-waterproof mascara (Erika, I buy my mascara from WalMart and can still afford the waterproof stuff) to blubber about the accusations being hurled her way: that the divorce between the couple, married for 21 years, is a sham to hide assets.

Hey, we don’t doubt those tears were real, I’d be pretty upset, too if I discovered my ‘real-friends’ weren’t my $40,000 a month ‘Glam Squad’ who stopped talking to me after their pay checks bounced. But considering we’ve never seen a hair out of place on Erika in the six seasons she’s been on the show, the mascara tracks were really something else.

Erika never had a smudge since she’s been on this show. This was definitely planned 🙄 #RHOBH pic.twitter.com/epvK5Jz3x5

No mention has come out on the show yet about the widows and orphans Tom (and Erika?) allegedly swindled out of millions, and fans can’t wait to see the reactions from Erika’s fellow housewives then.

We do know Erika will give the performance of a lifetime. And we are here for it.