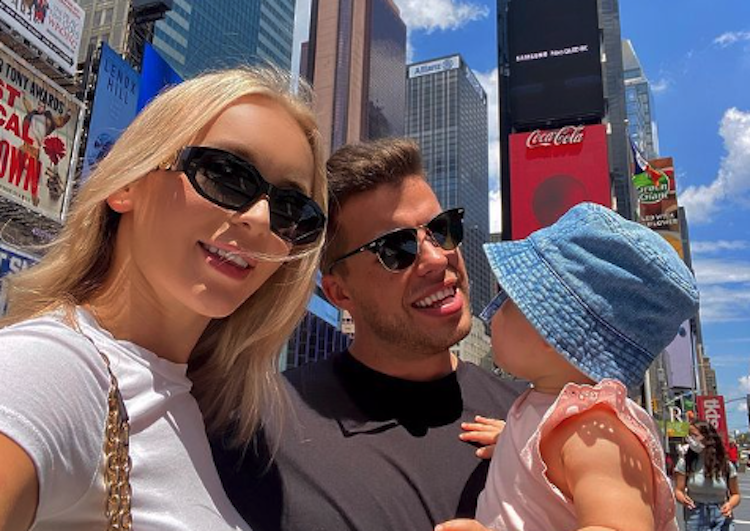 On 90 Day Fiancé: Happily Ever After, we have been following Yara Zaya and Jovi Dufren’s marriage. They have been raising their newborn baby and moving into a new home. There have been a lot of changes since they first hooked up, but now it seems that they have a lot of drama coming up in their lives.

Yara has been working hard on being a good mom and making a good home for the family. Recently, there have been some issues coming up between them.

Jovi just got busted by fans for liking Anfisa Arkhipchenko’s newest Instagram video and now Yara is making comments about a sugar daddy. What is really going on with these two?

Jovi recently planned a trip to Miami and it was all so he could spend some alone time with Yara. Gwen, Jovi’s mother, volunteered to take care of Mylah while they were gone.

Yara is very excited about getting some time away with her husband and in the trailers for the new episode, we will see them enjoying their fun in the sun.

Yara shows us how much she loves the city and tells cameras that it is very clean and she would even think about moving there. We all know how much she dislikes New Orleans and it seems that Miami is a nice change of pace for her.

In the trailer, we will hear Yara make a comment that she just needs to get an old rich man and then she could move to Miami. She said it to Jovi and appears to have a straight face, but Jovi just laughed it off.

One fan saw the trailer on social media and wrote, “A sugar daddy would be better for Yara at this point.” Another chimed in, “If she wanted a rich man that lives in Miami… Then she should have looked for one.”

There are fans that think Yara wasn’t joking about finding a sugar daddy and that she is miserable in her current situation. Many think that Yara may have thought Jovi had more money than he does and when she moved to the states, she found out that wasn’t true.

There have been rumors before that she always wanted a sugar daddy, but it looks like she is in this marriage now and raising her child with Jovi.

Keep an eye out for more on 90 Day Fiancé: Happily Ever After on TLC.