Skip to content
Home > TV > The Bachelor > ‘The Bachelor’: Carly Waddell Rushed to Hospital By Ambulance, Ex Husband Evan Bass By Her Side!

‘The Bachelor’ and ‘Bachelor in Paradise’ alum, Carly Waddell was rushed to hospital via ambulance on Monday. Ex-husband, Evan Bass was by the mother to two of his children’s side and documented the health scare on his social media.

Evan posted a photo of Carly in a hospital bed to his Instagram Stories with the caption “Carly’s first ambulance ride – she’s gonna be ok and, my goodness, this brings back some memories.” 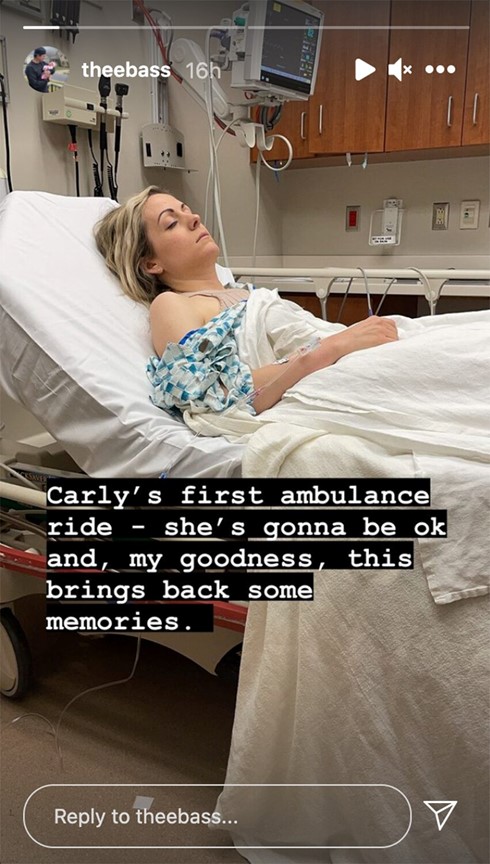 Those memories were in relation to Evan requiring assistance from medics during his time on Bachelor in Paradise where the couple met and became engaged.

‘The Bachelor’: Carly Waddell Rushed to Hospital By Ambulance, Ex Husband Evan Bass By Her Side.

Evan would not elaborate on why Carly was rushed to hospital, simply saying that he will let Carly share what caused the hospital visit when she is ready. He further mentioned that Carly does not have access to her phone, so the update could take a while.

Hours after the post of Carly being ferried away by medics, Evan updated fans by writing that Carly was back home after spending 9 hours in hospital, but in “rough shape” and she may even need to return to the hospital.

He also thanked fans for their thoughts, prayers and support . He reiterated that he would allow Carly to explain the reason for the hospital visit when she felt up to it and added a little dig at an Instagram commenter by saying, “I did get her permission to share [the] photo from earlier so you can relax Jan from Wisconsin.”

Carly and Evan’s marriage broke up after three years, they made a joint announcement in December 2020 explaining that they have made the “difficult decision to separate.”

Its nice to see they are both still there for each other in times of need.