‘Doubling Down With The Derricos’ Spoilers indicate that the Derrico’s family had a COVID-safe halloween dance party. They built an outdoor stage and only invited a few family and friends to the gathering. Everyone was decked out in their halloween costumes complete with masks.

But the one that stood out the most was Karen, because she dressed up as the legendary Diana Ross herself. The thing is? It was the perfect costume for her too! She said that ever since she was a flight attendant back in the day, people had commented on how much she actually looked like Diana Ross, even without Diana’s trademark hairstyle.

So when Karen dressed in the iconic 70’s style white dress with the headband and go-go boots, she was definitely rockin’ that style! The good thing is, this halloween party was just what the Doctor orders for Karen. After her episode while out on a supply run for the party, Karen needed something to get her mind off of what could potentially be wrong with Diaz, who seems to have a malformed skull, or at least that’s what the doctor thinks.

Poor Karen was up all night researching herself into a frenzy on the internet, and if anyone has ever trawled webmd at 3AM with vague medical symptoms, you’ll know that when you type your symptoms into webMD that there is a chance that you will get a wrong self-diagnosis that will have you dying by morning.

While Karen has every right to be concerned, that’s her baby after all, Diaz seems to be developing normally, he was playing with his brothers and sisters like nothing was wrong and on the show we have not seen anything actually wrong with him in the way that he interacts with his siblings.

However, there’s so many of them that the camera hasn’t really focused on him all that much, so maybe this is something that the audience is missing. Still, it’s not healthy to worry constantly and Karen doesn’t need to, she has 13 other children to raise and a dog, so she needs all the breaks that she can get when it comes to her kids being healthy. Let’s hope that life cuts the Derrico’s some slack here. Stay tuned!!! 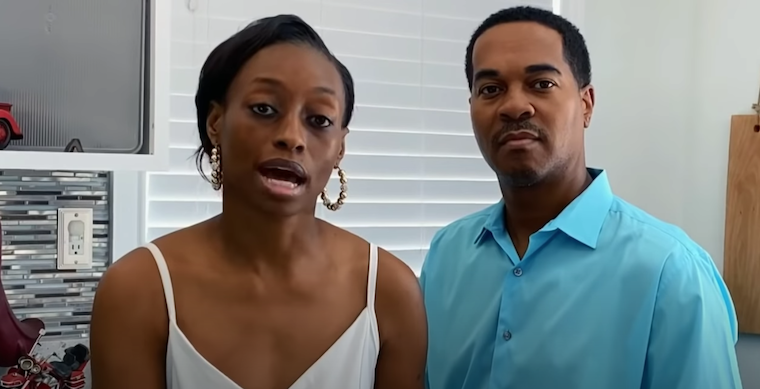