Bo, who became “America’s Dog” when he came to live with the Obamas in the White House lost his battle with cancer on Saturday, May 8.

Both Barack  and Michelle  shared the sad news on their social media with loving tributes to the family pet.

The Obama Family Mourn the Loss of Bo, Their Beloved Dog

“Today our family lost a true friend and loyal companion,” the 44th President’s caption began with a long ode to his companion of a decade. He sang his canine pal’s praises when it came to tolerating the hoopla that comes with living in the White House and being one of the most famous dogs in the world.

He also divulged some of Bo’s cheeky side- begging for scraps around the dinner and jumping in the pool in the summer. Barack even complimented Bo’s “great hair”.

He finished the caption with a heartfelt, “He was exactly what we needed and more than we ever expected. We will miss him dearly.” 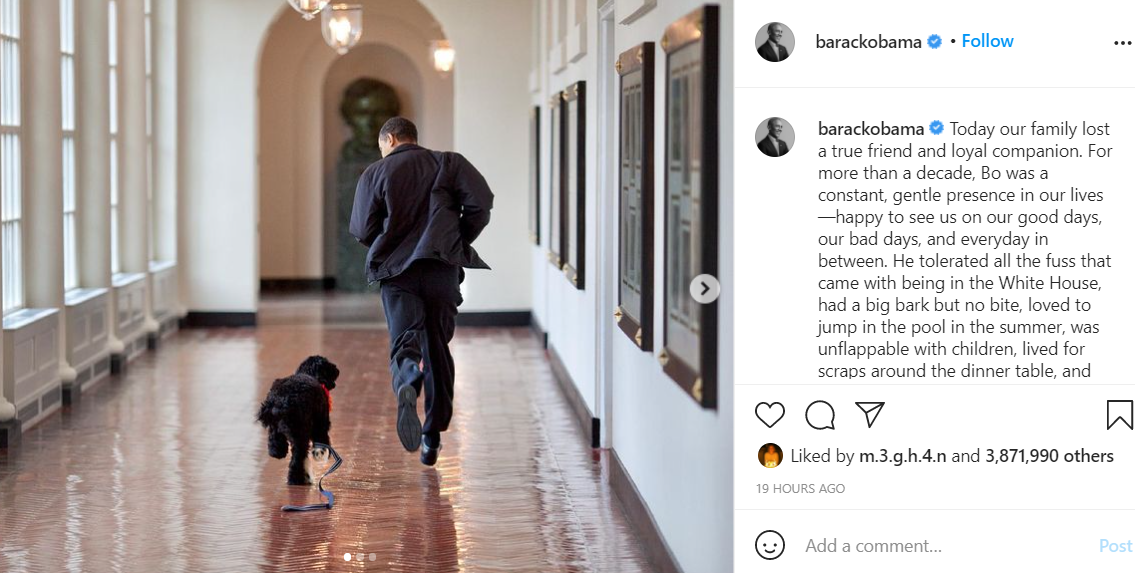 Michelle echoed the sentiments of her husband and spoke of the difficult goodbye the family endured when saying farewell to their beloved Portuguese Water Dog.

She admitted that Bo was meant to be a gift for their daughters from Senator Ted Kennedy after enduring the pressures that came with their father being on the 2008 campaign trail, but in the end he was a constant companion to all four in the Obama family. “We had no idea how much he would mean to all of us,” she said. 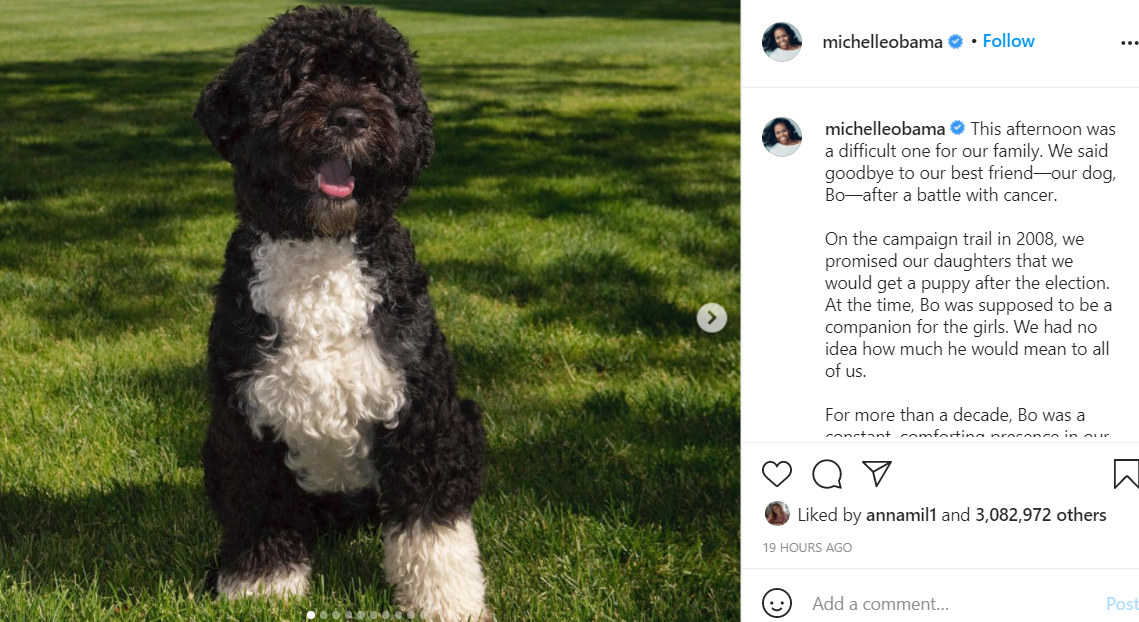 Bo had a fur brother- Sunny who joined the family in 2013 and is said to be missing his big brother.

Bo delighted all of America during the eight years of the Obama administration. R.I.P little Bo and we are sorry for your loss, Obamas.