Chrishell Stause has set daytime tongues wagging with her latest Instagram post, telling fans she’s headed back to her roots of scripted TV! Though she didn’t divulge any details, fans instantly jumped in with her own comments, hoping it is one of the daytime soaps she has starred in previously. 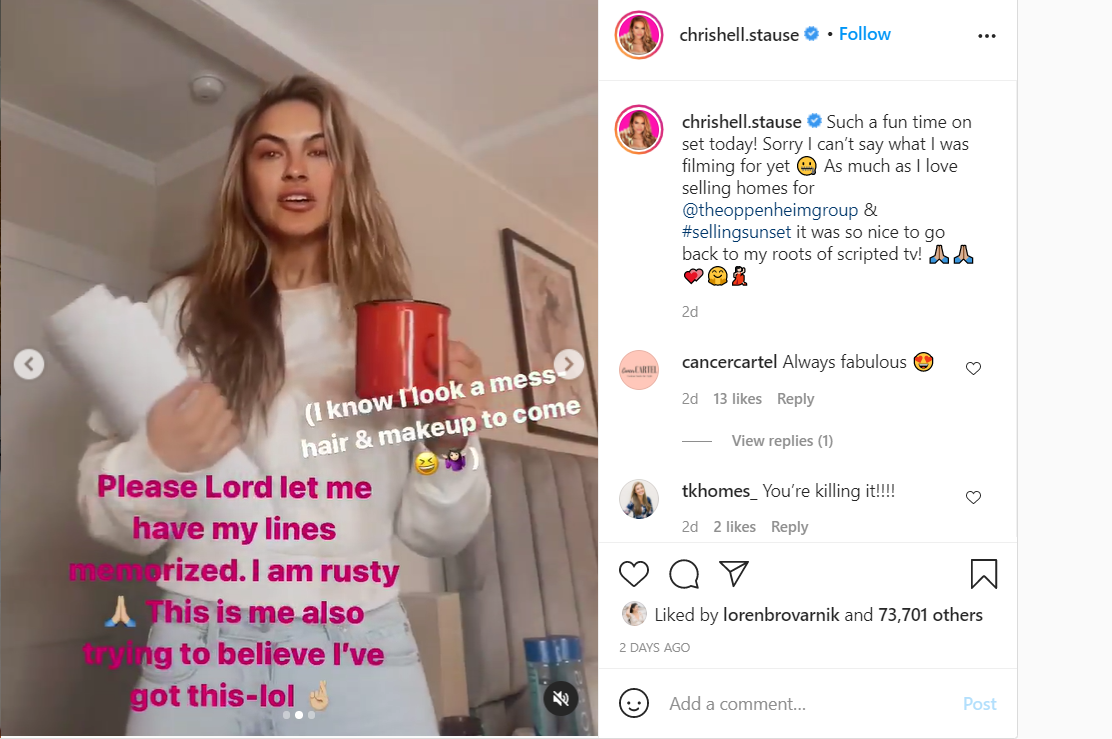 Stause has completed a run on All my Children as Amanda Dillon, The Young and the Restless as Bethany Bryant, and Days of Our Lives as Jordan Ridgeway, so there are plenty of ‘roots’ for Chrishell to head back to.

Chrishell Stause Heading Back to Daytime?

All my Children finished its four decade run in 2013 but a prime time sequel, Pine Valley will be returning thanks to alums and real life couple Mark Consuelos and Kelly  Ripa . At this stage the show is only in pre-production so its hard to say if Chrishelle would be needing to learn lines and dashing off to set just yet

The Dancing With the Stars alum was only on The Young and The Restless for a short, four month stint, and likely because husband, Justin Hartley was cooling his heels in Genoa City as Adam Newman at the time. There doesn’t seem to be much reason for Bethany Banks to return to the soap after so long.

However, Chrishell spent a longer time in Salem, returning to Days of Our Lives a couple of times before her untimely death. But yes, Jordan Ridgeway is dead- and usually dead women don’t have many lines to learn. Well, that is dead women in anywhere else in the world BUT Salem.

Currently her on-screen ex and murderer, Evan Frears/ Christian Maddox (Brock Kelly) is back in town and terrorizing Ciara Brady (Victoria Konefal) so it kind of makes sense if  there was a flashback of Jordan airing sometime soon.

Maybe Chrishelle will join a new soap and head to L.A. and Forrester Creations as a new character in The Bold and the Beautiful, or maybe it’s not a daytime soap at all!

We’ll all have to wait and see where Chrishelle pops up next, but it looks like she is happy to be ‘home’ after her pretty tough year.