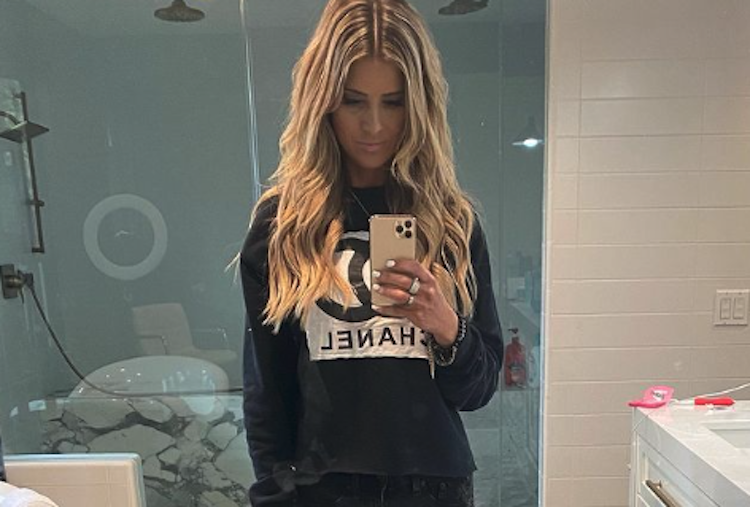 For Christina Anstead, enough is enough already. The television personality is doing her best to move on from her failed marriage to Ant Anstead, yet everyone on social media keeps on pointing and prodding at her and well, criticizing everything from her decision to pull the plug on her marriage to now being “too skinny” post-separation. Here’s what you need to know.

Tired of all her critics body-shaming her, Christina decided to take matters into her own hands by sharing a poignant message on her Instagram account. On Friday, she shared a selfie of herself wearing a black Chanel sweater, dark genes and Gucci boats along with the caption, “My fav attire black on black on black.”

Christina Anstead Wants Everyone To Stop Body-Shaming Her

Of course, it didn’t take very long for her critics to weigh in on her appearance, with some people asking the blonde beauty, “Are you ok Christina? You look sad and thin,” along with, “You must be hurting Christina. You don’t look the same. Divorce is tough on everyone.”

A few hours after she posted her photo, Christina hoped on to her Instagram Live to address these comments.

“So, people are commenting that I look really skinnier and I need to eat,” she began. “This is actually the way that I’ve always weighed. You guys just watched me have babies and then go back to my original weight,” the mother of three said. “So, don’t worry. Everything’s fine.”

She also added in her caption, “Chill people — I eat, and I eat healthy.”

Ant and Christina tied the knot back in December of 2018 but back in November the HGTV star and mother-of-three filed for divorce. Her filing came a little over a month after she and Ant had announced that they were separating after just two short years of marriage.

Without even giving the slightest hint of what went wrong, Christina shared her announcement on Instagram that she and Ant have made the difficult decision to separate back in October.

Christina has two older children, Taylor and Brayden, from her marriage to Tarek El Moussa while Ant has two children, Amelia and Archie, back in the UK.