Ant Anstead is going on the record to say that it wasn’t his decision to pull the plug on his marriage to his wife of just two years, Christina Anstead. In fact, if it were up to Ant, he would still be married to the blonde television beauty. Here’s what he has to say.

Ant and Christina tied the knot back in December of 2018 but back in November the HGTV star and mother-of-three filed for divorce. Her filing came a little over a month after she and Ant had announced that they were separating after just two short years of marriage.

Without even giving the slightest hint of what went wrong, Christina shared her announcement on Instagram that she and Ant have made the difficult decision to separate back in October. Christina has two older children, Taylor and Brayden, from her marriage to Tarek El Moussa while Ant has two children, Amelia and Archie, back in the UK.

Speaking to People Magazine about his personal affairs, Ant said, “I think everybody knows this was not my decision. It really hit me hard. If you ask anybody that knows me properly, they know that I give myself fully. I had so much love for her.”

Right before the couple made their announcement on Instagram, Ant said that he had “remained silent while holding on to hope.”

After realizing that there was no turning things around, Ant signed up for a five-week program that teachers newly single people to grieve their relationships so they can let go. He also lost more than 20 pounds.

“I reached this turning point… I had the choice to dwell on it, or move on and work on myself,” he says, noting that the program taught him that “nobody controls me but me.”

“It’s up to me to empower myself and realize how incredibly worthy I am of healing,” he says. “… Not only have I improved my mental health, I’ve actually made a real conscious decision to go and improve my physical health, as well. I mean, for the first time in my life, I’m actually now taking vitamins!”

With all of that said though, Ant is looking forward to a brighter future.

“The thing about healing is sometimes you feel like you’re making daily progress, and then, from nowhere, your legs get taken out, and you feel like you start again,” he says. “But I’m certainly making steps towards healing, even if it’s really slow.” 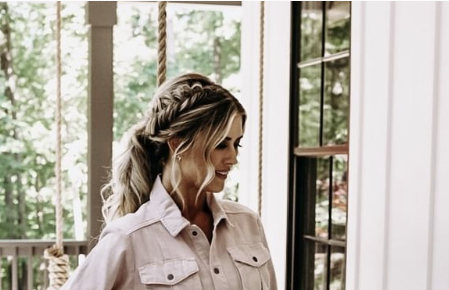