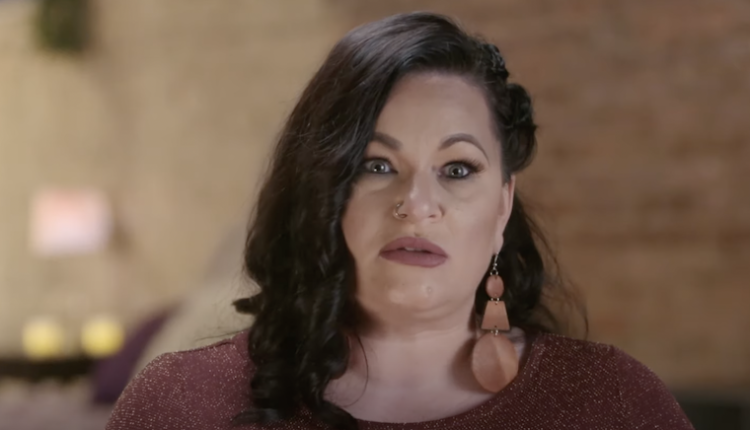 ’90 Day Fiancé’ spoilers find that Molly Hopkins has become a fan favorite on the show. On 90 Day Fiancé: Pillow Talk, she made us laugh with her great sense of humor and she has become very successful this year with her lingerie company.

Molly has it all really, except for one thing…A man. It does look like she could be dating again, at least according to the new discovery+ show, 90 Day: The Single Life.

Molly is on the new show, 90 Day: The Single Life and it will follow her and several other former 90 Day Fiancé cast members as they try to navigate the single life again. Many of them have been married already and this dating game is very new for them.

Some are just getting back into the dating scene and wanted to show their fans just how complicated it can be. Molly has a new man named Kelly and we will get to know all about him on the newest episode of 90 Day: The Single Life.

Kelly and Molly started talked in Instagram when he slid right into her DMs and apparently many other men have too. At first she just thought he was just another fan trying to talk to her, but when she started messaging him, she just got a very different feeling from him.

Molly is unsure of what to think of Kelly right now though. She is trying to learn more about him and she feels like something may be off with him since he’s never been married and doesn’t have children.

If you followed Molly when she was on 90 Day Fiancé, she married a man named Luis Mendez who was from the Dominican Republic. They couple had a lot of ups and downs and it seems as if Luis was probably just using her for her money and a green card.

They ended up getting a divorce almost as soon as he got to the states. Things just went downhill from there and she kicked him out after a lot of drama! They had a huge fight when they tried to make up and Molly called it quits with him.

We hope that things with Molly and Kelly are going well and we cannot wait to see more about him on 90 Day: The Single Life. It airs on the discovery+ streaming service. You can also follow Molly on her Instagram account and check out her lingerie store online.