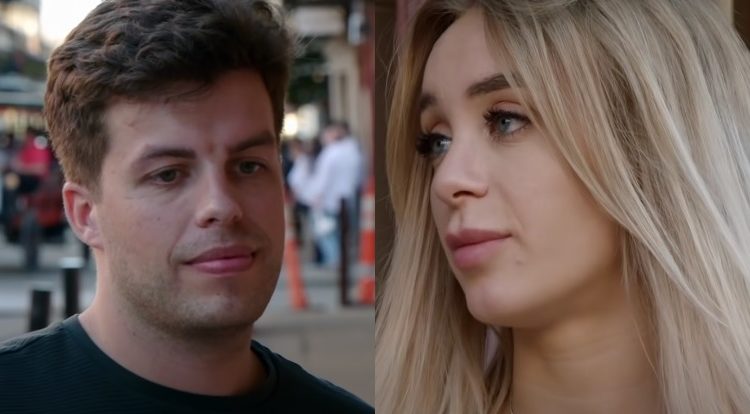 ’90 Day Fiancé’ spoilers find that fans were outraged this week- more than usual. And it stemmed from Jovi Dufren and his parents treating Jovi’s fiancé, Yara Zaya like crap- more than usual.

This week we met Jovi’s father, Monty. Until now he has been overseas as he has a similar job to his son, taking him offshore for months at a time. If you ask the 90 Day family- he should have stayed there.

’90 Day Fiancé’ Spoilers: Jovi Dufren is losing fans as they shift to #TeamYara.

As a secretly pregnant Yara sits down with Jovi and his parents in the Bayou, she is immediately forced to ward off insults about her country and her character. And she does it like a champion!

In an all too customary and very incorrect generalization about all foreigners, Jovi and mother, Gwen put words in Yara’s mouth about seeking the American Dream and all Ukrainian girls’ willingness to scam their way into a achieving it.

Sorry America, ya ain’t all that…

Yeah, I can see why all these parents are worried that their foreign children-in-law are all here to scam their kids for the American Dream.

Yara defended herself against the generalizations beautifully.

Yaaaas, Yara! Stand up for yourself girl! Some of these parents are so rude! #90DayFiance pic.twitter.com/9mGxoY2xvi

It seems no matter what she says, Jovi’s parents will never be Team Yara. But as for the 90 Day Family- Yara’s on-the-money quips sent many of us into a tailspin as we suddenly found ourselves shifting our opinions on the polarizing woman.

Screw you, Jovi and parents for making me stand with Yara.

However, the twitter explosion really happened on Sunday night when Jovi’s father turned the clocks back to 1951 and shamed Yara for her clothing choices. Again, Yara ebbed into Queen status with her reaction to Monty’s clothing/body/slut shaming. 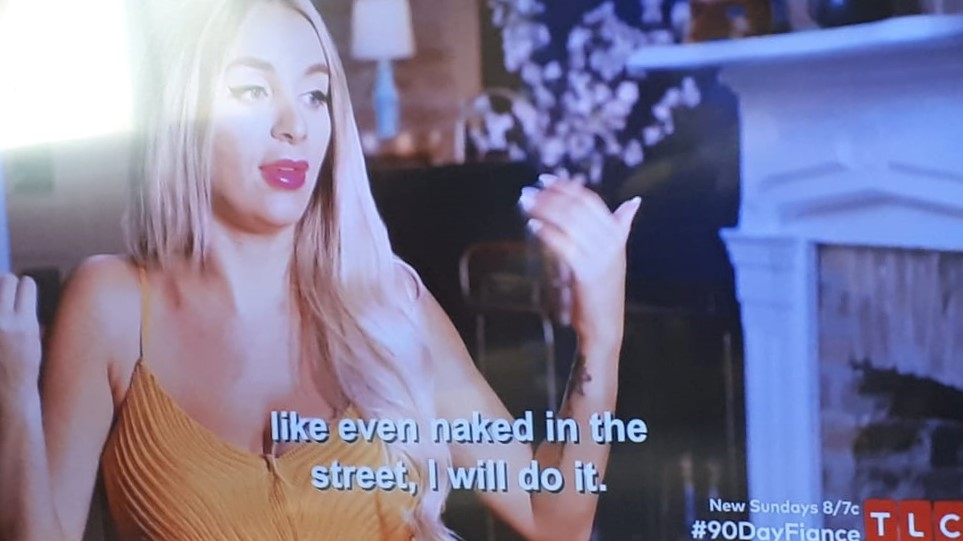 Another reason why Monty’s comments resonated like fingernails on a chalkboard was asked by many a 90Day family member: Why was Monty ogling the bikini pictures of the soon to be mother of his grandchild?

But why was Jovi's dad checking out Yara's bikini pics on Facebook.#90DayFiance pic.twitter.com/5mtPaoUUPn

Well, of course we know why Monty was doing a deep dive; Yara is a certifiable hottie.

“I’ve seen the way you like to dress and I don’t approve of it… and, believe me, I looked through all of those photos, every last one of them, several times. Very, very closely…” #90DayFiance pic.twitter.com/xDRgVVa1yA

And that makes Monty a certifiable creep.

While Jovi’s Dad is out there giving his opinion on Yara and her clothing choices, he has a lot to answer for when it comes to the morals he instilled in his son.

#90DayFiance is Jovi's dad trying to shame Yara for how she dresses? Dude, you raised Jovi! pic.twitter.com/yDiXHEnF87

Fans of 90 Day were asking where Monty’s dark-ages speech was for Jovi about his partying ways.

Worried about how Yara dresses but has a whole son who knows strippers by name. #90dayfiance pic.twitter.com/n3fWjH0Q4L

Honestly, the kid could probably use one. No one can watch Jovi on their screens and see a man ready for marriage and parenthood. But then, isn’t this why we are all glued to ours screens every Sunday night?

How do you feel about Jovi and his parents’ attack on Yara this week and how she handled herself? Let us know in the comments below.