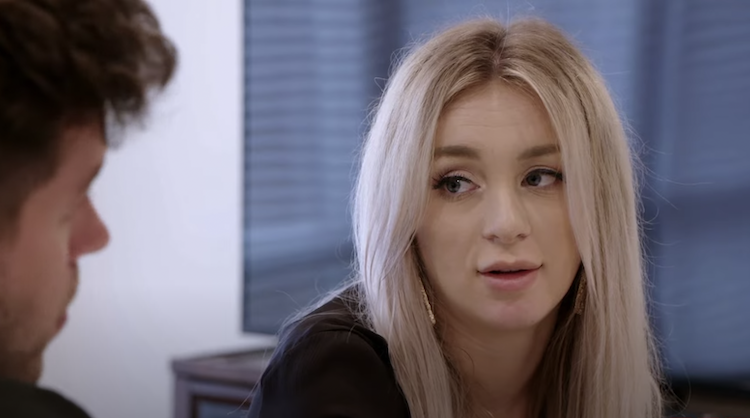 ’90 Day Fiancé’ Spoilers finds that Jovi Dufren needs to feel terrible. When Yara initially told him about being pregnant he didn’t act excited, he acted like she was lying to him. Now, he said that one time after the miscarriage she had given him a false pregnancy test and allegedly had let it go for an entire day before telling him right before she went to bed that she was pregnant.

Not that that’s a funny joke, but Yara said that she only let it go for ten minutes before telling him that she wasn’t pregnant and she wished that he would let that go already because she only did it once. Sure, it’s a hell of a thing to joke about, but maybe she wanted to gauge his reaction, I’m not saying that that’s the best way to do it but I’m saying that it’s been done before.

The way Jovi reacted was in a way that isn’t real cute, it’s the way a typical southern broke redneck responds when they don’t want to pay child support. They’ll deny, deny, deny, even when they have the church steeple in their hand and are jamming you in the eye with it.

Jovi said he couldn’t believe that she got pregnant that fast but I guess he didn’t attend that day in sex-ed when they were teaching that it only takes once. I also feel that Yara’s Ukrainian doctor may not have given her the best medical advice, because depending on how long it’s been since the miscarriage, once you’ve been pregnant it’s really easy to get pregnant again.

Yara’s doctor said that it would be extremely difficult for her to get pregnant the next time, but clearly, Yara’s doctor isn’t Mother Nature, she begs to differ.

Jovi admits that he shouldn’t have been such a jerk about things, and he also says that he’s not 100% ready to be a Dad (at least he’s honest about that) but he says by the time the kid gets here that he will be ready. The only thing that I’m worried about is his reluctance to discuss how his job keeps him away from Yara.

He says that in nine months that his job is going to change anyway, but, I don’t think Jovi realizes that children have a way of barging in and changing everything. He’ll think that he has nine months to get ready, but he better be overpreparing right now for the day that little one makes its debut. Stay tuned!!!

‘The Bachelor’ Spoilers: Rachel Lindsay Backs The Show Despite Criticism From Dylan Barbour and Jed Wyatt

’90 Day Fiancé’ Spoilers: What on earth is Mike waiting on?