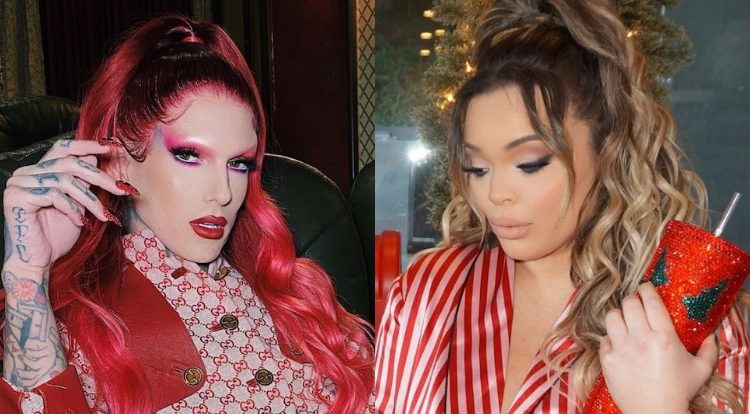 Anyone who has been watching youtube since about 2009 knows that Trisha Paytas and Shane Dawson have practically been friends since the beginning of youtube. They came up together.

Shane Dawson was making gross, offensive humor at the same time that Trish was becoming famous for being a train wreck who cried on her kitchen floor over her sugar daddy boyfriends and the two wound up making a candy mukbang together one day and it was actually delightful. They called their make-believe ship “trane” ah, those were the good old days.

Ttisha came out in a recent video after Jeffree Star got interviewed on Ryland Adams’ podcast “The Sip” and said that she was no longer supporting Shane Dawson or Ryland Adams because in apite of claiming to be friends with Trisha, when it came to running to her defense when Jeffree Star and his entire entourage decided to start trashing her, both Shane and Ryland were completely silent.

They stood by and let Trisha suffer in silence for a year simply because… well.. for what reason exactly? Neither Shane nor Ryland has really addressed the issue but I think it’s going to be safe to assume that Trisha won’t be a guest on “The Sip” anytime soon.

In spite of the fact that this past summer when Shane was getting cancelled to hell and back by everyone and their brother, Trisha was practically the only one who still believed in him… now along with losing multitudes of fans, he also no longer has the support of one of his most vocal advocates.

What does that mean for him? It means that Shane and Trisha are no longer going to have overlapping fanbases, they kind of did before but now the kids are being forced to choose in the divorce and it’ll be interesting to see who comes out on top.

Although since Shane has a merch deal with Jeffree’s company I think it’s also safe to assume that he hasn’t spoken out due to some kind of legal thing where he thinks he has to keep mum. Maybe Jeffree has a loyalty clause in all of his contracts?

Or maybe he employs the same measure as Dolores Umbridge when one signs a contract with him if one speaks badly about him then literal welts show up on their body somewhere – okay kidding but the way Trisha acts I kind of wonder.

However the actual answer is probably far mor simple than that. He probably just isn’t saying anything because with a deal like that he is guaranteed to get paid no matter how many times he’s cancelled on social media. Shane is putting up and shutting up for the money, end of story.

If Trisha could pay apl his bills in a single merch deal, the he would probably be simping for her too, but right now, money talks. We’ll see though. Stay tuned!!!