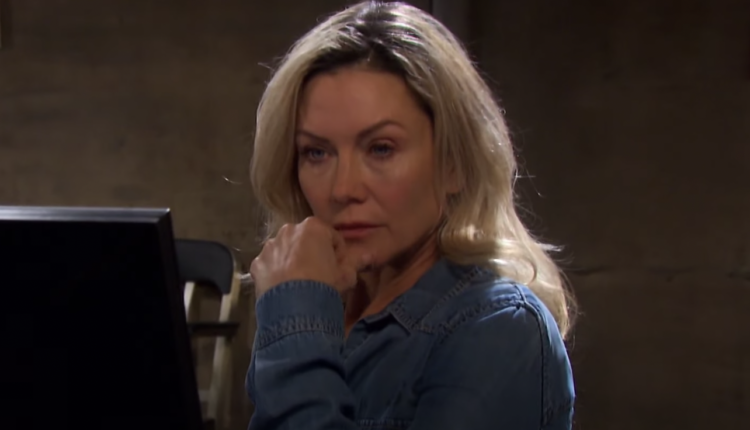 NBC ‘Days of Our Lives’ (DOOL) spoilers are so set for the fun and games coming our way as the next few days are sure to be entertaining.

Things have been building for the last week or two and we’re about to see the payoff and we think it’s going to be a good one.

NBC ‘Days of Our Lives’ Spoilers For January 26: Not so empty threat

We’ve enjoyed watching the new Kristen Dimera (Stacey Haiduk) as she’s been loving, kind, and generous, but now it’s time to embrace the old Kristen for a while.

Granted, given the circumstances, we can’t think of any way she wouldn’t have done what she has to escape from prison to see Brady Black (Eric Martsolf).

In fact, we don’t really blame her as many of us would be tempted to do that as well.

But she’s going to take a step toward the dark side we don’t quite agree with: She’s going to threaten to shoot Chloe Lane (Nadia Bjorlin).

This will be an interesting turning point for Kristen depending on if she follows through on the threat, but we doubt it’ll be more than that.

Brady will probably wake up and talk her down. Still, we think Chloe should have eyes in the back of her head until Kristen is back in prison.

Of course, we’d be remiss if we didn’t mention the if part of that last statement as Chad DiMera (Billy Flynn) and hostage extraordinaire Tony DiMera (Thaao Penghlis) will try to help her.

‘Days of Our Lives’ think they’re going to work on not having her prison sentence extended, but more likely, she’ll be a fugitive and they’ll work to have her record wiped clean or a new identity.

Plenty of fun ways to go with this one.

Xander Kiriakis (Paul Telfer) has made a few brash moves lately without thinking things through completely, and we think this could be another one.

To be fair, Xander’s on a roll lately so he won’t want to stop, but telling Victor Kiriakis (John Aniston) about Philip Kiriakis (Jay Kenneth Johnson)’s dealing and subsequent threat Xander caused wont’ be good.

We’re not saying Victor will be accepting of Philip’s behavior, but Xander putting Philip in danger may push Victor too far and a heart attack or stroke may happen.

Add to that ‘Days of Our Lives’ belief that Victor already knows and hoped Philip came clean on his own and this could be a powerful and emotional scene.