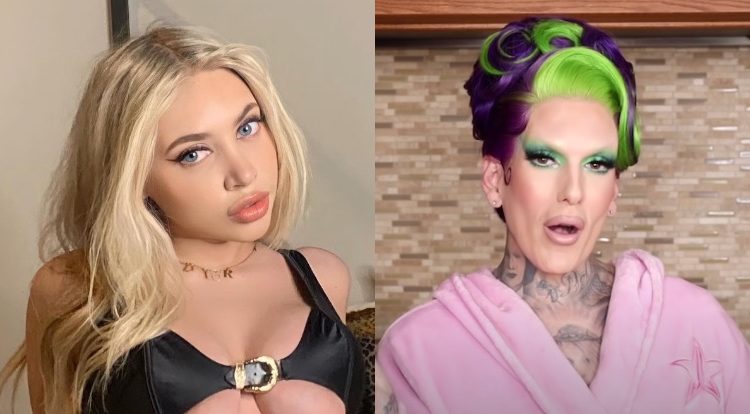 There has been quite a lot of drama happening with YouTuber and makeup mogul, Jeffree Star. Part of this drama happened because of a gal named Ava Louise. If you are not familiar with her, she is pretty popular on TikTok.

She is part of the young adult influencers on Instagram as well. So what does she have to do with this drama? Well, she started one of the biggest celebrity controversies that we have seen in a long time.

We all know that Kayne West and Kim Kardashian are having some really big marital problems and Ava wanted to add to it. She posted on her TikTok, “Now that Kim’s finally doing this, I feel like I can spill the tea that I’ve been holding onto for months.

This whole divorce comes as no surprise. Kayne’s been hooking up with a very famous beauty guru-male beauty guru- a lot of people in the scene have known for a while.” Ava never said Star’s name, but when the comments started to come in guessing who it was, she would like the replies about Star, so it’s not like she needed to out him.

Of course, it all came out as false information when Star confronted fans and told them, “This is the dumbest s**t I’ve ever read in my entire life.”

Ava told her fans, “I’m not even getting sued; I made this entire scandal up. There’s literally not one bit of truth to anything I have said.” She also told her fans that she was really bored and had taken a lot of adderall. She has gotten multiple cease-and-desist letters from everyone involved and Kris Jenner even said, “We have no clue who this person is and have not yet taken legal action. However, if she continues to spread lie after lie and a fake latter in a desperate cry for public attention, which she has admitted on record that she’s seeking, then we will have no choice but to take legal action on principle.”

Ava has some major issues and it is not surprising that she has been on many talk shows, including Dr. Phil to talk about her social media obsession and internet fame.

‘Keeping Up With The Kardashians’ Spoilers: No, Khloe Kardashian Is Not…