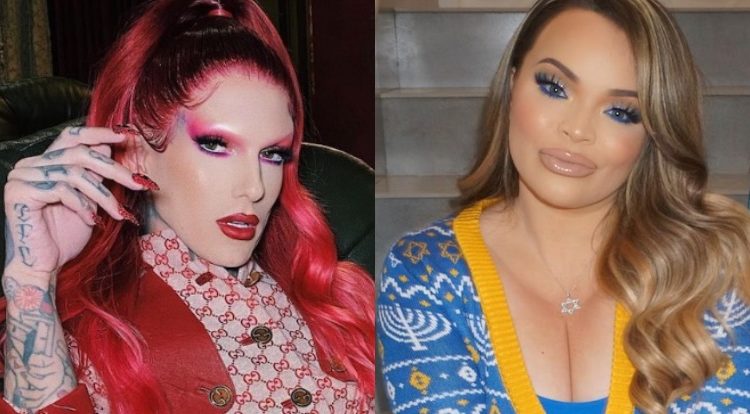 Trisha Paytas and Jeffree Star are very popular in the world of YouTube. Trisha has spread a lot of controversy ever since she began her rise to fame. She has made a lot of friends, but a lot more enemies.

A couple of her former friends, Jeffree Star and his wig man, Hair By Jay took a trip with her to Las Vegas back in February of 2020 and there is a lot coming out about this trip. So much so that Trisha made a reaction video to it and she is so upset that we can barely understand what she is saying.

Jay posted a video all about their Las Vegas trip on his Instagram Live. Of course, his fans were all over and Trisha became incredibly upset as she watched it. She told her fans that she is “scared” of the men.

“Star brought me on a trip to s**t on me and I can’t have a say because he paid for it. These are awful people. I have my own problems, I do, I’m not perfect, but I’m not a nasty person to other people like this. I did have an issue with him charging me $1,000 more than wigs normally cost.”

Star took the time to tell his part of the story on Twitter. He wrote, “I have personally apologized to Paytas several times last year about Vegas and she never responded, which is her right. I respected it and what happened is between us. Don’t drag me into new drama… Not interested. What someone else says does not represent me.”

Paytas called out Star by replying to his tweet, “If you didn’t want to be involved in the drama why is he speaking your name in the video on your behalf? Confirming all the horrid s**t you guys said about me? I have been cool but he is speaking on your behalf multiple times in all his feeds.”

Star continued to tweet to Paytas, “You’ve ignored all my messages and texts for months yet wanna have an internet circus with an audience? No thank you. Love you girl, you can call or text me anytime.”

Then Jay decided that he would apologize too and many of Star’s fans think it is because Star told him to stop talking about him and using his name. This is one big mess!

Trisha is just ready to move on from all of this drama and live her life.