Ellen DeGeneres is back, filming with a skeleton crew but no studio audience. Production was planned to resume on January 4, but with the “catastrophic surge” of Corona virus cases within the Los Angeles area, filming of Ellen was pushed back to Monday, January 11.

While there is less than the regular amount of crew currently on set, the studio confirmed that all staff will be paid their regular wages. The cut in wages and job uncertainty had become just one of the points of contention that came to light throughout the summer when DeGeneres filmed the show from her L.A. home.

Ellen has been airing re-runs since December 10 when host, Ellen DeGeneres announced that she had contracted Covid-19. 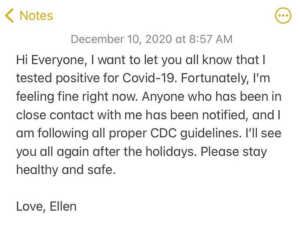 Taking to Instagram again 6 days later, DeGeneres posted a video from her home, saying she feels “100%” despite the diagnosis.

“I feel really good,” the 62-year-old promised her fans. “One thing that they don’t tell you is that you get, somehow, excruciating back pain. Didn’t know that was a symptom but I talked to some other people…Who knew? How come?”

Ellen DeGeneres: Back in the Studio after Covid scare. But for how long?

2020 wasn’t kind to anyone, but to say it has been a bad year for DeGeneres would be an understatement. Along with this Covid-19 health scare, the Ellen show has been embroiled in scandals with staff claiming a toxic work environment and guests of the show claiming DeGeneres, herself, isn’t the “be kind to one another” advocate she makes out to be.

The Ellen show quickly cleaned house, firing several employees including high-up executives in the wake of the misconduct allegations.  DeGeneres herself also garnered a lot of support from celebrity friends but it seems the ratings for the show didn’t bounce back as hoped.

If so, will Ellen continue filming her long running talk show? After 18 seasons fans have noticed the spark isn’t quite as it used to be. It may just be easier for the comedian/actress/host to pack it in and enjoy retirement with Portia de Rossi, her wife of 12 years, and their menagerie of animals.

Would you miss the Ellen show if it went off the air? Let us know in the comments below! 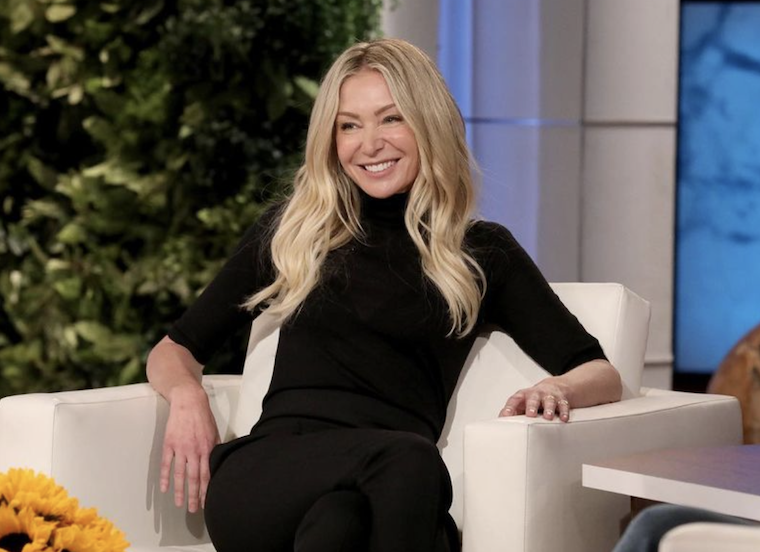