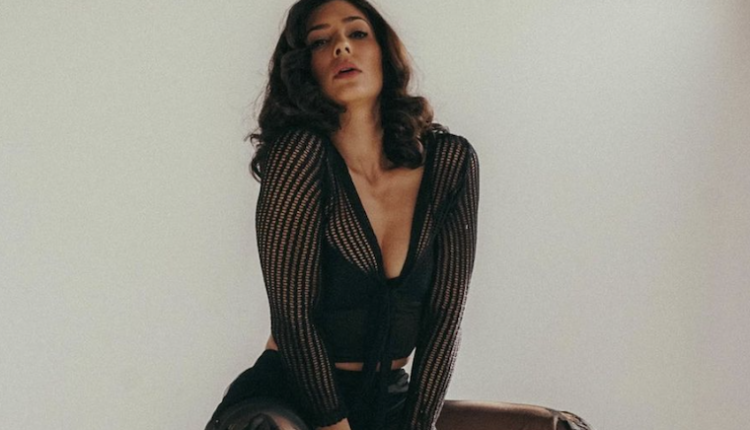 ‘Days of our Lives’ Spoilers: Gabi Hernandez DiMera (Camila Banus) won’t take ‘no’ for an answer!

‘Days of our Lives’ (DOOL) spoilers have found that Gabi Hernandez DiMera is back- and she’s ready for a fight. “She knows what she wants and nobody’s going to tell her she can’t have it!” says head writer Ron Carlivati about Salem’s latest returnee.

And the prize Gabi’s eyes are on is newly appointed (and deeply underqualified) CEO of DiMera industries, Jake Lambert (Brandon Barash).

One problem- Jake is currently very happy in his relationship with Kate Roberts (Lauren Koslow). However, that seems to be a Kate problem, only. Gabi isn’t liable to run from a fight, especially one she’s certain she’ll win.

‘Days of our Lives’ Spoilers: Gabi Hernandez DiMera (Camila Banus) won’t take ‘no’ for an answer.

“She doesn’t see what Jake has with Kate as a viable relationship,” continues Carlivati. “She’s coming back super-confident and is basically like, ‘OK, I’m here to pick up my Jake. Thanks for keeping him warm!’” Carlivati further explains Gabi’s mind-set, “’Even if he’s involved with somebody else, obviously, he’d rather have me. Anybody would rather have me!’”

Banus does admit that Gabi is pained when she sees how close Kate and Jake have become in her absence, especially because of the relationship Gabi and Kate once had. Banus says, “For it to be Kate, of all people, who is sort of like a mother to her…Gabi may react to the situation in anger, but she’s covering the fact that deep down, she’s hurt.”

After all, it was Kate that once came to Gabi’s rescue (with an assist from Sami Brady, played by Alison Sweeney) helping to bury the not-so-dead body of Nick Fallon (Blake Berris).

The past be damned however, as Gabi sets out to make it very difficult for Jake to avoid, and she hopes, resist her. Gabi will use both of their positions at DiMera Enterprises to stay close to Jake’s side. And audiences should rest assured, she won’t stop after business hours end.

Will Jake take the bait? Not if Kate has anything to say about it.

It’s been a while since we’ve seen a knock-down, drag-out fight between two Days divas and a Kate vs. Gabi showdown could be one for the ages.