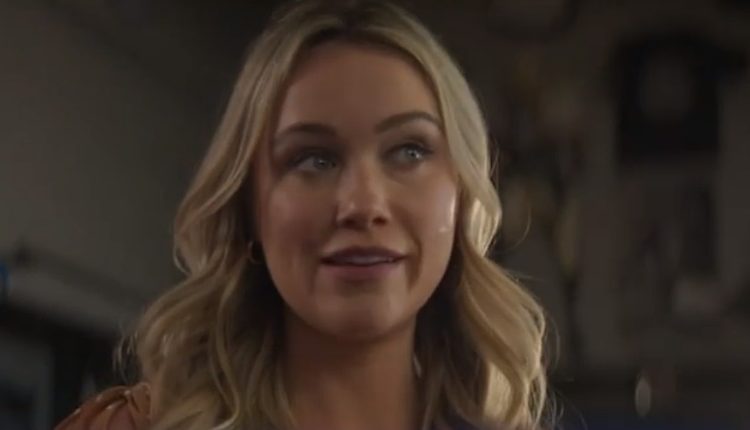 ‘Bold And The Beautiful’ Spoilers: Katrina Bowden (Flo Fulton) Shares Clip From Her New Film ‘Born A Champion’ Coming Out This Month!

‘Bold And The Beautiful’ (B&B) spoilers show that Katrina Bowden (Flo Fulton) has a new film coming out this month with Dennis Quaid and Sean Patrick Flannery called ‘Born A Champion’ that shows Flannery’s character rise in the boxing scene after being in the military.

Bowden shared a clip of her film that comes out on January 22 on social media that shows her as she brings her son to see his dad at the gym. Take a look at the clip using the link below.

Here’s a sweet little clip of my new movie, Born A Champion, coming to select theaters and everywhere you stream/rent on January 22, 2021.
@spflanery @renowilson1 @dennisquaid @lionsgate @alexranarivelo
Ps- this is Sean’s son, who made his acting debut in this movie and was the BEST”

‘Bold And The Beautiful’ Spoilers: Katrina Bowden (Flo Fulton) Shares Clip From Her New Film ‘Born A Champion’ Coming Out This Month!

You probably know Flannery from films like ‘The Boondock Saints’ and everyone knows Dennis Quaid! This is an exciting film to be apart of for Bowden and explains how exciting it was to see Flannery’s real son play in his first film ever.

The movie will be shown in select theaters but also be streaming on the 22nd. I’m a big Sean Patrick Flannery fan and having Bowden star alongside him is even cooler. I’ll definitely check out the film as well some of her other fans who commented on the clip, “Love it Katrina”, “Wow can’t wait to see this! Love this clip!”, “You make a beautiful mommy”, “What? you mean there are other cute little blonde boys who could pass as your son and you didn’t need twins this time?!😉😉 Congrats! And Congrats to Sean’s son on his debut!”.

What do you think? Are you going to watch Bowden’s new film? Let us know in the comments below.

‘The Bold and the Beautiful’ (B&B) airs on CBS every weekday. Don’t forget to engage in the comments below with other soap opera junkies and let us know what you think. Come back to Daily Soap Dish for all the latest news, updates, and spoilers on ‘Days of Our Lives’, ‘General Hospital’, ‘The Young and the Restless’, and ‘The Bold and the Beautiful’. Don’t forget to visit TVRocker for all of the latest exciting news on all of your favorite daytime television soaps.

‘Keeping Up With The Kardashian’ Spoilers: Kim Kardashian Is Totally Over Kanye West’s Drama