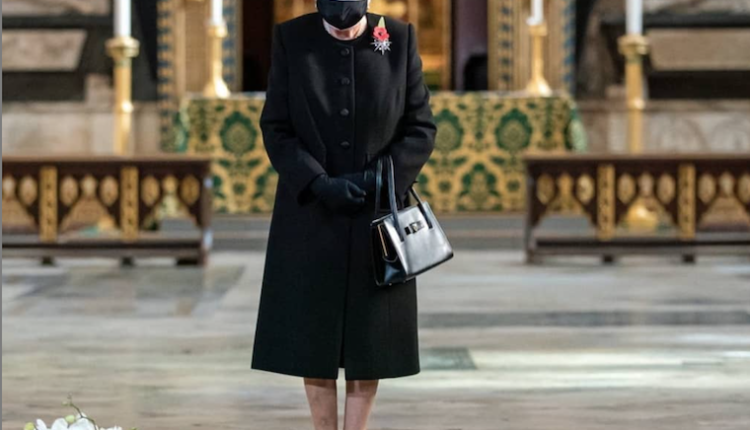 British Royal Family News says that Queen Elizabeth apparently was not made aware of the fact that her grandson Prince Harry requested to have a wreath laid at the Cenopath in London on his behalf.

According to reports, the Duke of Sussex personally asked Buckingham Palace to place a wreath for him, but the proposal was shut down. Here’s what you need to know.

According to Page Six, royal courtiers denied the request on the grounds that Prince Harry is no longer representing the monarchy.

For Harry, this comes as a bitter blow, as he served in the British army for 10 years, completed two tours of Afghanistan and created the Invictus Games, an international sporting event for wounded armed services personnel.

This is leading many royal critics to believe that the rift between him and the rest of the royal family is growing deeper by the day.

British Royal Family News: Queen Elizabeth Was Not Made Aware Of Prince Harry’s Request To Have Wreath Laid At The Cenopath

The Duke of Sussex, who first laid a wreath in 2009 at the Cenotaph — which is similar to the United States’ Tomb of the Unknown Soldier — recently spoke about the solemn day for the podcast.

“Remembrance Day for me is a moment for respect and for hope. I wear [the poppy] to celebrate the bravery and determination of all our veterans. These are the people and moments I remember when I salute, when I stand at attention and when I lay a wreath at the Cenotaph.”

Harry and Meghan were pictures at Los Angeles National cemetery for Remembrance Sunday. The Duke left a wreath and a message that said, “To all of those who have served, and are serving. Thank you.”

And while the gesture was considered very noble, a lot of people say that the entire ordeal looked very embarrassing. So far Prince Harry and Meghan Markle have not responded to any of the criticism.

‘The Real Housewives of New Jersey’ Spoilers: Joe Giudice Reunites With Gia And Milania On the Spanish Steps In Rome, Italy – RHONJ