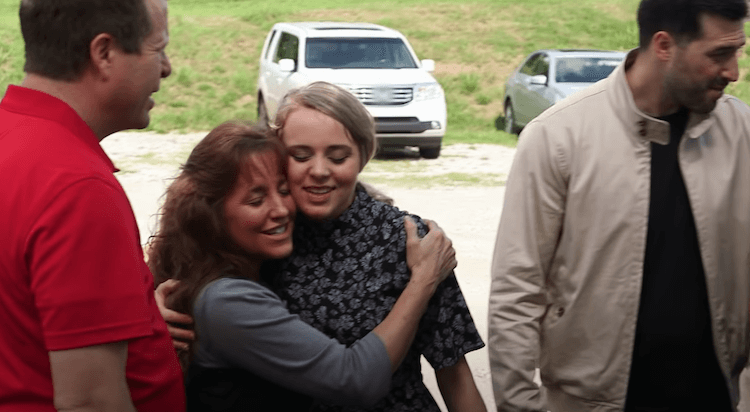 ‘Counting On’ Spoilers: The Duggars – What is going on with the Duggar’s roof?

‘Counting On’ spoilers reveal that Jeremiah Duggar got his real estate license, which is actually really awesome. Now the Duggars have four real estate agents in the family and a lot of construction workers.

They already flip houses regularly so if they wanted they could definitely start a business building a selling houses. Duggar Development, or maybe that’s something that’s already in the works, who knows? However before they start on anyone else’s house they might need to check on their own first.

‘Counting On’ Spoilers: The Duggars – What is going on with the Duggar’s roof?

The reason I say that is because in the post congratulating Jeremiah, there was a picture of the Duggar’s house in the background and the roof looked a bit worse for wear you could say.

Now you would think with a family with a lot of construction workers and several real estate agents in the family, that any one of them that was gazing at the house in the background would have instantly said “Hey, that’s not going to look good in this shot.” and maybe chose a different location, or at least a different angle that didn’t show off that particular area of the roof. Considering they’re in the business of trying to sell houses it just looks kind of bad that they’re own roof can’t be fixed.

But maybe the Duggars fall into a category that so many people do and maybe they’re just ‘house poor’ meaning, they’ve bought such an expensive house (I mean… to have room for that many people it had to be kind of expensive, I imagine.) that they now can’t afford the repairs on it.

Still, someone better get on that ASAP, as someone who’s lived in a house with an iffy roof before, it only takes one tiny little twig sized hole to create a huge problem during a Tornado, especially one with a torrential downpour.

So come on Duggars, do your thing and get one of those construction worker kids up there to fix it. I mean, if they make use of the house it’d only be right, you know? After all, we all know that JimBob isn’t too fond of paying for labor. Stay tuned!!!

’90 Day Fiancé’ Spoilers: What Happened With Ariela Weinberg’s Past Relationships?

‘Counting On’ Spoilers: Jill Duggar Reveals How Counselling Improved Her…

TLC ‘Counting On’ Spoilers: Will Jinger Duggar and Jeremy Vuolo Leave The…

‘Counting On’ Spoilers: Is Jessa Duggar Pregnant With Ben Seewald’s…

‘Counting On’ Spoilers: Jim Bob Duggar Called Out By Sister Deanna For…