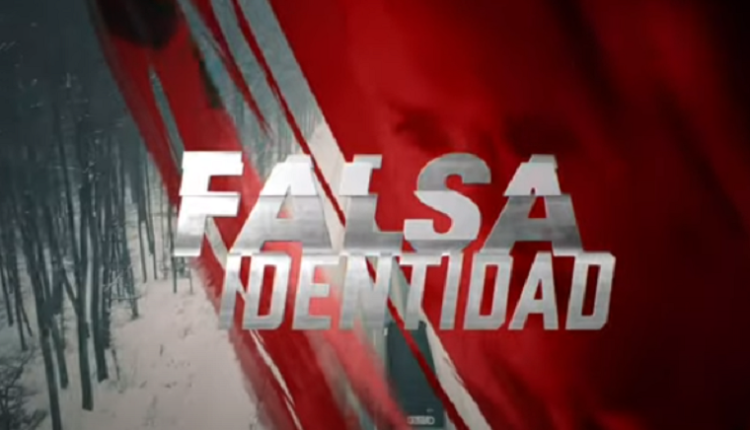 Telemundo Falsa identidad spoilers reveal Isabel Fernández de Corona (Camila Sodi) did, in fact, get busted. And we saw a bit of what looked like regret with Amanda Corona Fernández (Barbie Casillas).

Meanwhile, Diego Hidalgo Virrueta (Luis Ernesto Franco) had to be saved from himself. Let’s talk what happened. Plus, we’ve got a preview for tonight.

So, Falsa identidad spoilers indicate we didn’t think Isabel’s plan to use El Man (David Palacio) would work. We were right. Because of tech issues and scheduling problems, we missed the previous episode.

However, some “previously” clips showed Isabel getting caught in Fernanda Virrueta López’s (Sonya Smith) room. No word yet on what might have happened with Fernanda. What we do know is, Don Mateo Corona (Eduardo Yáñez) has Isabel as his hostage now. He wants his nieto’s location immediately.

Otherwise, he’ll kill her. Isabel warned him Amanda will hate him forever if he does, but she did give up the info. Sort of. She gave their old location in Nebraska, so it should be interesting to see what happens when Don Mateo sees he’s been had.

However, he thinks he got his way for now. So, he’s willing to keep her alive. He just tossed her in a cage with a bunch of other people being trafficked and promised a miserable life awaits her.

As for Amanda, it does look like she has some regrets about her decision. One, she’s now not allowed to leave her room. Two, we saw her looking at a photo of her family and talking about missing them.

She also seems to be doubting her abuelo a bit. She asked one of the employees if the story Don Mateo told her for why she needs to stay in her room is correct. Why should she ask otherwise?

If she’s smart, she’ll realize the woman looked a bit uncomfortable. Also, people would typically say “yes” to that question. Not, “if that’s what he told you, then that’s what happened.” Either that or, “I wasn’t here, so I don’t know. The rude awakening she gets will be epic.

In other Falsa identidad spoilers, Diego is lucky he’s got the people he does around him. Especially Victoria Lamas (Dulce María). After learning Isabel is in Mexico and likely went to Don Mateo’s, he flipped out.

He was about two seconds from rushing there himself. However, Victoria reminded him he barely got out last time. He needs help and they need some sort of plan. Between Isabel and Diego, we’re not sure who is the most impulsive.

As for tonight, Circe Gaona Flores (Samadhi Zendejas) knows how to get men under her spell, and Claudio “El Buitre” Arismendi (Marco de la O) will be the next on her list. It looks like she’ll be able to manipulate him into doing what she wants tonight. This should be interesting. Especially since Plácido (Otto Sirgo) doesn’t even want that woman in his house.

‘The Bold and the Beautiful’ Spoilers: Here’s What Finn Really Thinks Of Steffy