TLC ’90 Day Fiancé’ spoilers finds that Nicole Nafziger is currently is presently in Morocco with her boo, Azan Tefou’s and she cannot go back to her home country because of the Covid-19 travel bans. Fans know that her daughter, May is in the USA with her mother and they are angry at her that she supposedly picked Azan over her own daughter. What are fans saying about Nicole Nafgizer? 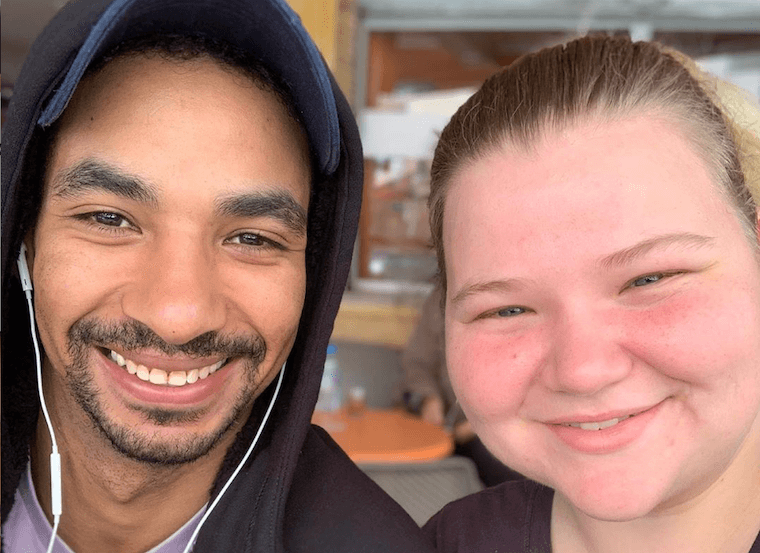 TLC’s Nicole Nafgizer went to meet Azan in Morocco while the pandemic was just reaching there. She was able to pay for her trip because prices were slashed. Even though Coronavirus was just begining in Morocco, it was already spreading wildly in many other countries including Italy and China. So it was in the news that there would be a travel ban. So, the TLC star knew what would happen if she went to Morocco, and she still took the trip. Nicole met Azan on March 11 and it was soon after the country was completely locked down.

Throwback pic to when we could still go to the cafe for a cup of coffee. How is everyone? I’ve been away from social media for a while. How’s quarantine life for y’all? Is your state/country opening back up yet?

Morocco placed a ban on International travel on March 15, so Nicole has been stuck there since when. Just like in America and other countries, citizens can only go out to get food, medicine, and to work essential jobs. In Morocco, the government has extended the stay-at-home order to June 10. So, Nicole won’t be going back home anytime soon.

Even though the TLC star‘s daughter loves her mom’s boyfriend, Azan, this trip was just for Mommy. So Nicole left her daughter with her mom in Florida. The last time Nicole posted about May on social media was in February on her 6th birthday. She also asked her followers to send her daughter candy through a PO Box. Why are viewers hating on the TLC star for being a so-called bad mother?

Nicole Nafgizer shared a throwback picture of herself enjoying coffee in a cafe and captioned it  “throwback pic to when we could still go to the cafe for a cup of coffee”. She also revealed that she has taken some break off social media, but she is back now. Fans of the celeb quicky blasted her. A lot of them.seem to bead at her for putting her boyfriend before her daughter.

“Where’s your daughter?” an angry follower asked, “Shouldn’t she be your first priority?” Another fan said, wondering why she didn’t post a picture of May instead Azan “that truly doesn’t love you”. The TLC star has not responded to the hate she got from her followers.

ABC ‘General Hospital’ Spoilers: Alexis Has An Uncertain Future – Headed Towards Her Own Downward Spiral?