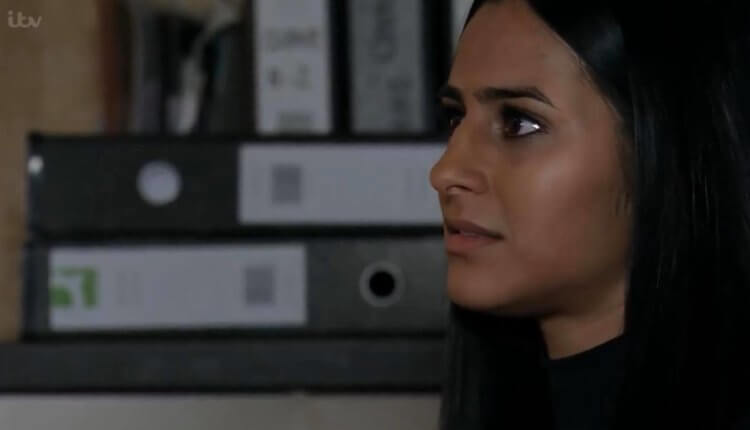 ITV ‘Coronation Street’ spoilers fans will be looking forward to tonight’s single episode, as they expect Geoff Metcalfe to be trapped in a corner following a surprise visit for Alya Nazir. Meanwhile, Gemma Winters continues to struggle with the quads, but is faced with an ultimatum from Bernie.

Viewers will be aware that the soap are set to restrict the number of episodes that are televised due to the Coronavirus pandemic, but that will kick in from next week with just the one episode being aired. The soap haven’t confirmed how long this will be in place, but it is expected to last for at least a month.

Corrie fans will be aware that Alya Nazir is doing everything within her power to show her grandmother what Geoff is really like. Tonight, Geoff will get a surprise visit from his wife’s granddaughter, as she looks to find out the truth behind a cancelled trip to Spain.

The family were supposed to be going away for Zidan’s wedding in Spain, but Geoff is mysteriously sick and has to cancel. Alya is immediately convinced that he is lying, and double-checks the hotel that he booked to see whether they were even thinking about attending. She is shocked by the results and immediately tracks him down to talk about it.

Gemma has struggled to adjust to life as a mother, and that almost saw her lose the quads in Monday’s episode, when she was stopped by the police as she smelt like alcohol. Fortunately, Craig Tinker was able to help her out of the situation and tonight Bernie will admit that she will need to see a doctor.

Gemma is hesitant to agree, but she soon finds her hands tied as her mother indicates that if she doesn’t seek help them she will talk to Chesney about the troubles that she has had. She has been trying to hide how much she is struggling from Chesney, but it may not be too long until he finds out. For any other soap opera and entertainment news, please visit Daily Soap Dish. For more royal and celeb baby news, come back to Celeb Baby Laundry.