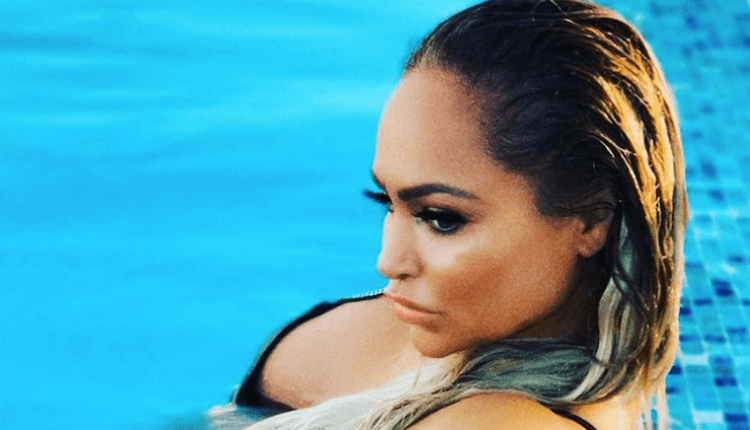 TLC 90 Day Fiancé Spoilers: Before the 90 Days teasers show Darcey and her boyfriend, Tom sitting down for a discussion. Darcey isn’t comfortable with the discussion as she doesn’t allow Tom to touch her. Whatever Tom wants to tell her doesn’t seem like a good news. So why is Darcey Silva shopping for a wedding dress?

Tom and Darcey we’re on two separate pages when we last saw them on 90 Day Fiancé: Before the 90 Days. Darcey visited Tom in London trying and tried to get him to propose to her. But instead of the engagement ring, Tom gave her something else.

Tom and Darcey has a romantic dinner the night before Darcey left London. Tom brought out a Jewelry box from his pocket and told her he wanted to give her something. Darcey thought it was an engagement ring, but Tom opened the box and gave her a key to his house in London. Although it wasn’t what Darcey expected, she was still optimistic about their future.

90 Day Fiancé teasers show where the duo left off and we see them in a completely different place this season. Spoilers show a tense moment between Darcey and Tom. Fans of the show know that the pair have broken up for a few months. But what does Tom Brooks have to say?

Tom tries to kiss Darcey when they meet and Darcey Dodges the kiss. Instead, she gives him a stiff handshake as they sit down in a restaurant. “I don’t feel comfortable,” Darcey says about Tom’s intimate gesture. She also says “I don’t trust Tom. I feel like he’s hiding something,”. Darcey asks Tom “don’t you have something to tell me?”

TLC 90 Day Fiancé Spoilers: Why Is Darcey Shopping For a Wedding Dress?

This probably happened before her boyfriend told her whatever he had to tell her. Darcey says she is “a romantic” and that she takes “a risk for love.” The fourth season of 90 Day Fiancé: Before The 90 Days will premiere on Sunday, February 23 only on TLC. For any other soap opera and entertainment news, please visit Daily Soap Dish. For more royal and celeb baby news, come back to Celeb Baby Laundry.

CBS ‘The Young and the Restless’ Spoilers: Rey To Distract Sharon From Her Cancer Treatment With New Proposal

CBS ‘The Young and the Restless’ Spoilers: Phyllis Taunts Adam – Threatens To Spill His Dirty Secret