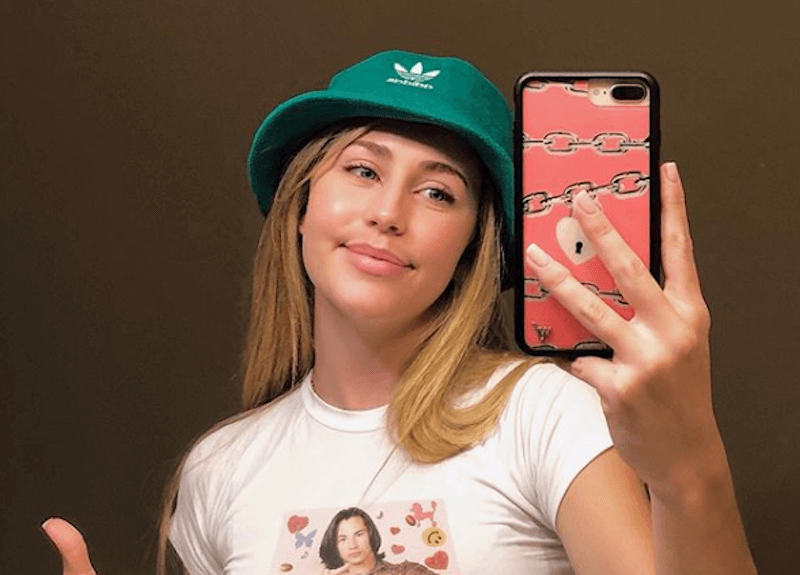 ABC ‘General Hospital’ (GH) spoilers tease that Josslyn Jacks (Eden McCoy) might give everyone a good run for their money with what some would call typical teenage rebellion. But when you are living in Port Charles and in the Corinthos household, nothing in your life can be considered typical. Here’s what you need to know.

Josslyn is still dealing with the loss of her boyfriend Oscar. Thankfully, she’s got her family to count on, but is it enough? Maybe. That’s why her teacher recently suggested that she start a journal as a way to record her thoughts and feelings while trying to process everything that she’s dealt with this last year.

Speaking to Soap Opera Digest in a new interview, actress Eden McCoy, who plays the beautiful blonde teenager on the hit ABC soap, puts it this way, Joss has a very healthy relationship with Carly, Jax and Sonny. I feel like they have all been so patient with her and her grieving process. And they seem to be making the effort to get along for Joss’ sake, which has been really nice.”

However, with that said even Eden doesn’t know what’s next for her character. As much as she is trying to deal with her grief – while putting her thoughts in her journal – she’s still dealing with a hurricane of emotions, to say the least. She further explained, “Life can end abruptly and without much warning. So it’s important to not lose sight of the people who are still alive and around you. Life goes on after a tragedy.”

For a lot of people, they would agree that is something that’s easier said than done. And while there’s no doubt that Josslyn will also love Oscar, what she went through was a lot, considering her age. That’s why a lot of fans can’t help but wonder if she might turn her grief into rebellion. In fact, there’s a good chance that what she ends up writing in her journal might cause some trouble. Of course, ‘General Hospital’ fans will have to tune in to find out what happens next!

Don’t forget that ‘General Hospital’ airs weekdays, Monday to Friday on the ABC network. Take a look at your local listings for times. In the meantime, leave us a comment below with your thoughts. And as always, come back right here for all the latest news, updates and spoilers on The Bold and the Beautiful, The Young and the Restless, General Hospital and Days of Our Lives right here. For more royal and celeb baby news, come back to Celeb Baby Laundry.

NBC Days of Our Lives Spoilers: Sal Stowers Admits That For Lani, Breaking Up It’s Hard To Do