ABC ‘General Hospital’ Spoilers: Josslyn Has A Huge Decision To Make – Will She Choose Dev Or Cam? 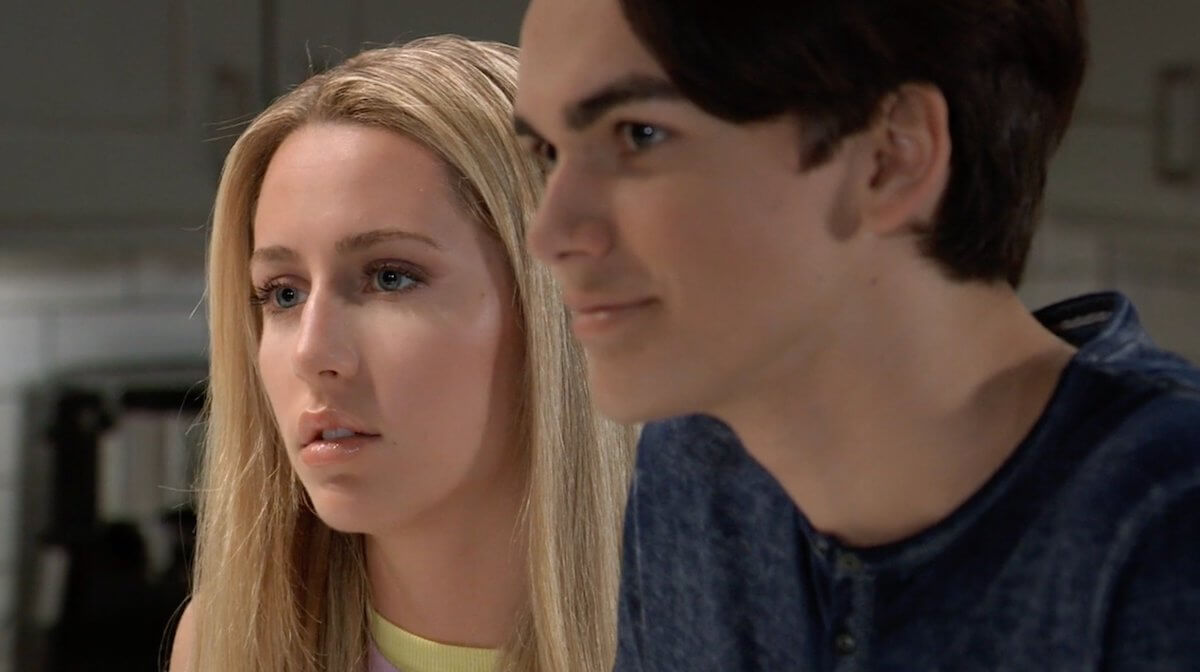 ABC ‘General Hospital’ (GH) spoilers tease that Josslyn Jacks (Eden McCoy) will be forced to make a huge decision in the coming weeks. That’s because there are two potential suitors who will be vying for her heart – both Dev Cerci (Ashton Arbab) and Cameron Webber (William Lipton). Both teens are very different but have at least one thing in common: they can’t help but feel a connection to Josslyn, and in more ways than one. Here’s what actress Eden McCoy has to say about it.

“He’s new and exciting and from an exotic foreign country, so he’s intriguing for Joss,” the stunning blonde told CBS Soaps in Depth in a new interview. “He also doesn’t come from wealth yet seems very worldly to her, and I think she’s drawn to how ‘street-smart’ he is. Dev could be really good for Josslyn, given that he obviously cares about her, he’s overcome adversity in his life, and he’s a survivor.”

ABC ‘General Hospital’ Spoilers: Josslyn Has A Huge Decision To Make – Will She Choose Dev Or Cam?

But then again even Eden knows there’s no way that her mother Carly Corinthos (Laura Wright) or even Sonny Corinthos (Maurice Benard) would ever let this happen. Plus, there’s also the fact that she’s always felt so comfortable with Cameron, knowing that he’s someone who has always been there for her, during the good, the bad and the ugly.

“Cam is home for Joss,” said McCoy. “He’s the one who has always been there, she knows everything about him, and she feels safe with him. They are there to pick each other up from the messes that their families create. I don’t think that will ever change. They’ll always be best friends.”

Don’t forget that ‘General Hospital’ airs weekdays, Monday to Friday on the ABC network. Take a look at your local listings for times. In the meantime, leave us a comment below with your thoughts. And as always, come back right here for all the latest news, updates and spoilers on The Bold and the Beautiful, The Young and the Restless, General Hospital and Days of Our Lives right here. For more royal and celeb baby news, come back to Celeb Baby Laundry.

CBS ‘The Young And The Restless’ Spoilers For February 27: Nikki Gives Billy A Warning & Victoria Wakes Up!