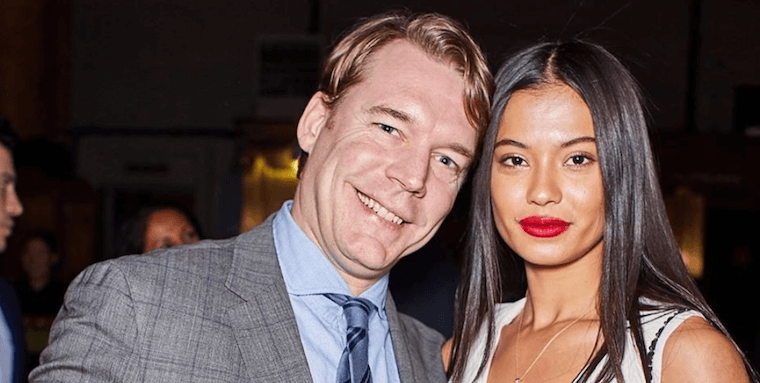 TLC 90 Day Fiancé spoilers finds that, Michael Jessen and Juliana Custodio have talked about having kids together. Michael already has two children with his ex-wife and his having kids with Juliana has been a topic of interest on the show. Now, Michael has already told viewers of the show his and his fiancé’s stand on the issue of having children together. Could a baby be part of the couple’s life?

Viewers have been interested in Michael’s children, Max and CeCe ever since they made their debut on TLC’s 90 day Fiancé show. Fans are always interested in hearing what the children have to say concerning pressing issues in the couple’s relationship. Max recently did a Q&A on Instagram. During the Q&A, he dished out some advice, which his father shared on Facebook.

“Words of wisdom from my precocious son,” The TLC show star shared a picture of one of his son’s statements. A 90 Day Fiancé asked Max how to be successful and despite his young age, he had a very great but funny response. “Well, I’ve never been 28 but I would probably say just be polite to people” he replied.

Michael, after bragging about his son, Max’s maturity, he responded to fans when they asked him so questions. One of the fans asked if he and Juliana Custodio plan to have children of their own, or if at his age, he still wants children with Juliana.

TLC 90 Day Fiancé Spoilers: Should We Be Expecting A New TLC Baby?

Now that Juliana Custodio and Michael Jessen have revealed that they are open to adding more members to their family and it looks like it will be very sooner. It’s a new year and it seems the couple are already trying. We may be expecting a pregnancy announcement this year. They discussed adopting babies from Brazil.

TLC 90 Day Fiancé Spoilers: Before the 90 days – What Is David Murphey Doing In…