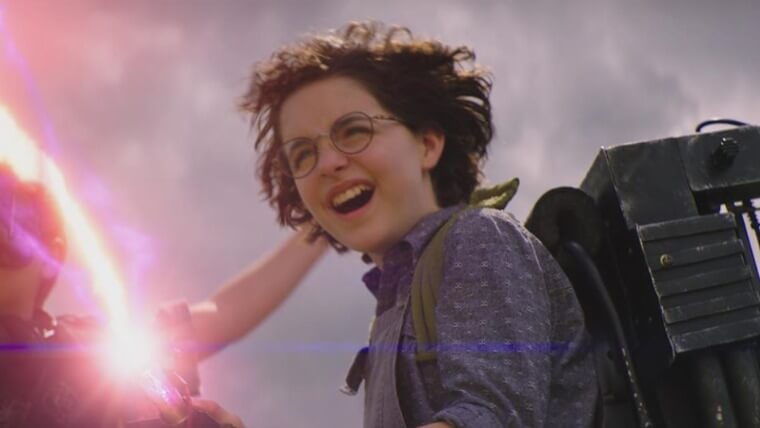 CBS ‘The Young And The Restless’ spoilers revealed the soap alumni McKenna Grace stars in the new Ghostbuster’s film. She posted about it on her Instagram page and even answered some fan questions! Questions we were all wondering.

McKenna famously portrayed Faith Newman back in 2013-2015, and has since become a superstar! She has appeared in films like ‘Captain Marvel’, ‘Gifted’, and ‘I, Tonya’. It’s no surprise she’s enjoying such success, but we couldn’t be happier for her. Now we get to enjoy her in the new ‘Ghostbusters: Afterlife’ film.

McKenna plays as young Pheobe, who moves to an old farmhouse with her mother played by  Carrie Coon and brother portrayed by Finn Wolfhard! During the stay, the house continues to be assaulted by earthquakes and odd happenings. These are being documented by a local teacher who is portrayed by known other than Paul Rudd! Together with the family, they work to discover what’s going on in the house. Eventually, Pheobe finds a Proton pack! This leads to several more questions and ties it together with the original ‘Ghostbusters’!

We ain’t afraid of no ghosts 👻

On her Instagram, she posted a picture of herself holding the pack. One fan asked her, “Is the Proton pack that heavy?” She replied, “VERY HEAVY”. She must be one tough cookie! Director Jason Reitman acknowledged as well in an interview. Reitman told Vanity Fair, “Before I ever thought I could make a Ghostbusters film, the image of a 12-year-old girl carrying a proton pack popped into my head and just wouldn’t leave. Eventually, I knew who she was. I’m floored by the idea of what it would be like to find a proton pack in your grandparents’ basement. What would that discovery reveal about who you are and what adventures you’re about to go on?” ‘Ghostbusters: Afterlife’ is expected on July 10, 2020!

‘The Young and the Restless’ (Y&R) airs on CBS every weekday. Don’t forget to engage in the comments below with other soap opera junkies and let us know what you think. Come back to Daily Soap Dish for all the latest news, updates and spoilers on ‘Days of Our Lives’, ‘General Hospital’, ‘The Young and the Restless’ and ‘The Bold and the Beautiful’. For more royal and celeb baby news, come back to Celeb Baby Laundry.

CBS ‘The Young And The Restless’ Spoilers: Billy A Sucker For Distress As…

CBS ‘The Young and the Restless’ Spoilers: Sad Billy At Victoria’s…