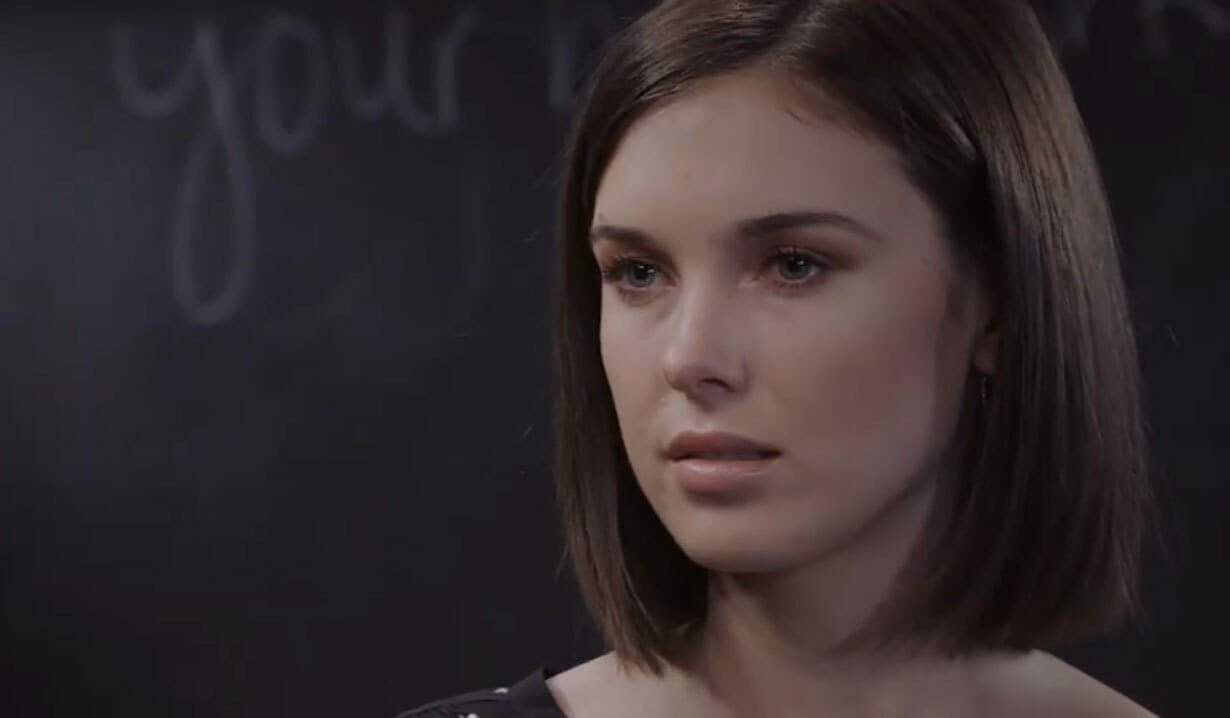 ABC ‘General Hospital’ (GH) spoilers on Friday, January 17th indicate the baby swap will be part of the action. We’ll also revisit the Corinthos Coffee case, as well as some teenage drama. Let’s see what the previews have to saw about the week’s end.

We know that Corinthos Coffee recently had an issue. ‘General Hospital’ spoilers relate one of Sonny Corinthos’ (Maurice Bernard) trucks ended up torched. Not only that, but he got a ticket to boot. We bow to Jordan Ashford’s (Brianna Nicole Henry) petty side. It looks like the issue’s back in the spotlight Friday. We’ll see Harrison Chase (Josh Swickard) stop by to give Jordan an update on the investigation. Of course, somehow, this chat goes off-topic. In the previews, Jordan warns Chase to steer clear of Nelle Benson (Chloe Lanier). We’re sure he’ll listen…

In related news, Sonny is stressing on Friday. He’ll ask “What the hell are you doing back?” We assume his tension is related to the case. Of course, it could be related to something else. We’ll get to that later.

In other news, the teenagers get a spotlight tomorrow. Specifically, Cameron Webber (William Lipton) and Josslyn Jacks (Eden McCoy). ‘General Hospital’ spoilers promise Cam tells Trina Robinson (Sydney Mikayla) he has no feelings. We assume that relates to the situation with Joss. It’s clear there’s something going on, but we assume his denial is related to the other teen issue for the day.

Elsewhere, Joss recently kissed Dev Cerci (Ashton Arbab), thinking he’s into her. Unfortunately for her, this ended in humiliation, as Dev didn’t feel the same way. Cam’s likely denying all, as he knows Joss must be a lost cause. There’s another problem, though. It seems Carly Corinthos (Laura Wright) found out. On Friday, she’ll accuse Joss of hitting on “him”. We can’t blame Joss for the indignant response. That’s got to be embarrassing. And Carly is sure to have an issue with that pairing anyway.

It’s not all denials and embarrassment in love. ‘General Hospital’ spoilers hint Michael Corinthos is doing fine. The preview shows him telling Sasha Gilmore (Sofia Mattsson) she needs to move in with him.

Finally, Nelle’s return is the gift that keeps giving. We’ll see some awesomely hilarious headaches for Brad Cooper (Parry Shen) when Willow Tait (Katelyn MacMullen) discovers Nelle at his place. We personally think it couldn’t happen to a nicer character.

However, Willow won’t laugh this off. Knowing what she’s heard about Nelle, she’ll have serious concerns about this woman living in the same place as Wiley. Do we sense more motive for Willow to change her mind on leaving Wiley with him? We’ll have to wait and see. We do wonder if Sonny is having some of the baby swap guilty followed, given how angry he looked in that clip.

NBC ‘Days of Our Lives’ Spoilers: Will Ciara Do The Right Thing? – Will She Let Will Be Free And Turn It All On Maggie?