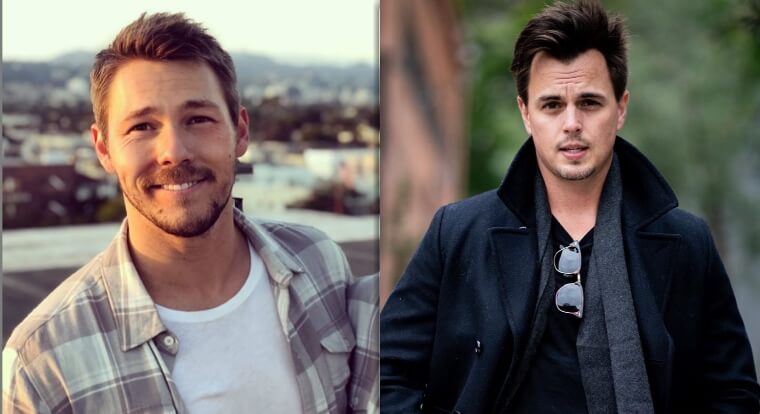 ‘The Bold and the Beautiful’ (B&B) spoilers indicate that Wyatt Spencer (Darin Brooks) and Liam Spencer (Scott Clifton) are going to be questioning some of the decisions they’ve made while also wondering if they are making the right choices, especially when it comes to their love lives. And while both brothers have definitely gone down this road before, a lot of fans can’t help but wonder why the writers aren’t bringing in some fresh blood. After all, there are only so many time that both Wyatt and Liam can pick from the same crop of women, right? Here’s what you need to know.

Apparently, Liam Spencer is having doubts about his marriage to Hope Logan (Annika Noelle), while at the same time also spending quality time with his other baby mama, Steffy Forrester (Jacqueline MacInnes Wood). Wyatt, meanwhile, is pressing the pause button on his engagement after his future wife Sally Spectra (Courtney Hope) called out his brother’s name while the two were getting passionate with one another in bed. Clearly, Wyatt has a reason to be concerned, right?

‘The Bold and the Beautiful’ Spoilers: The Spencer Brothers On Ice – Fans Want New Blood

‘Bold and the Beautiful’ spoilers suggest that there’s going to be a ‘couples swap’ of sorts, but is this something that fans really want to see? Liam can only get back with Steffy so many times before it gets boring while his brother Wyatt seems to be one of the most indecisive people in the world. If that weren’t enough, a lot of fans have been wanting to see someone like Steffy Forrester with someone brad new. It’s about time the Spencer, Logan and Forrester families chose romantic partners who aren’t a part of the three main legacy dynasties.

Of course, ‘Bold and the Beautiful’ producers have not made any comments about the concerns, but this hasn’t stopped fans from voicing their opinions and the show’s need for change. Sure, Flo Fulton’s (Katrina Bowden) arrival sure did change a few things, but how about another male character to spice things up, right?

‘Bold and the Beautiful’ airs weekdays on the CBS network. Check your local listings for times. For now, let us know what you think by leaving us a line with your thoughts in our comments section. What do you think is next for your favorite soap stars? Also, come back to Daily Soap Dish for all the latest news and updates on your favorite NBC, CBS and ABC daytime television soaps! For more royal and celeb baby news, come back to Celeb Baby Laundry.