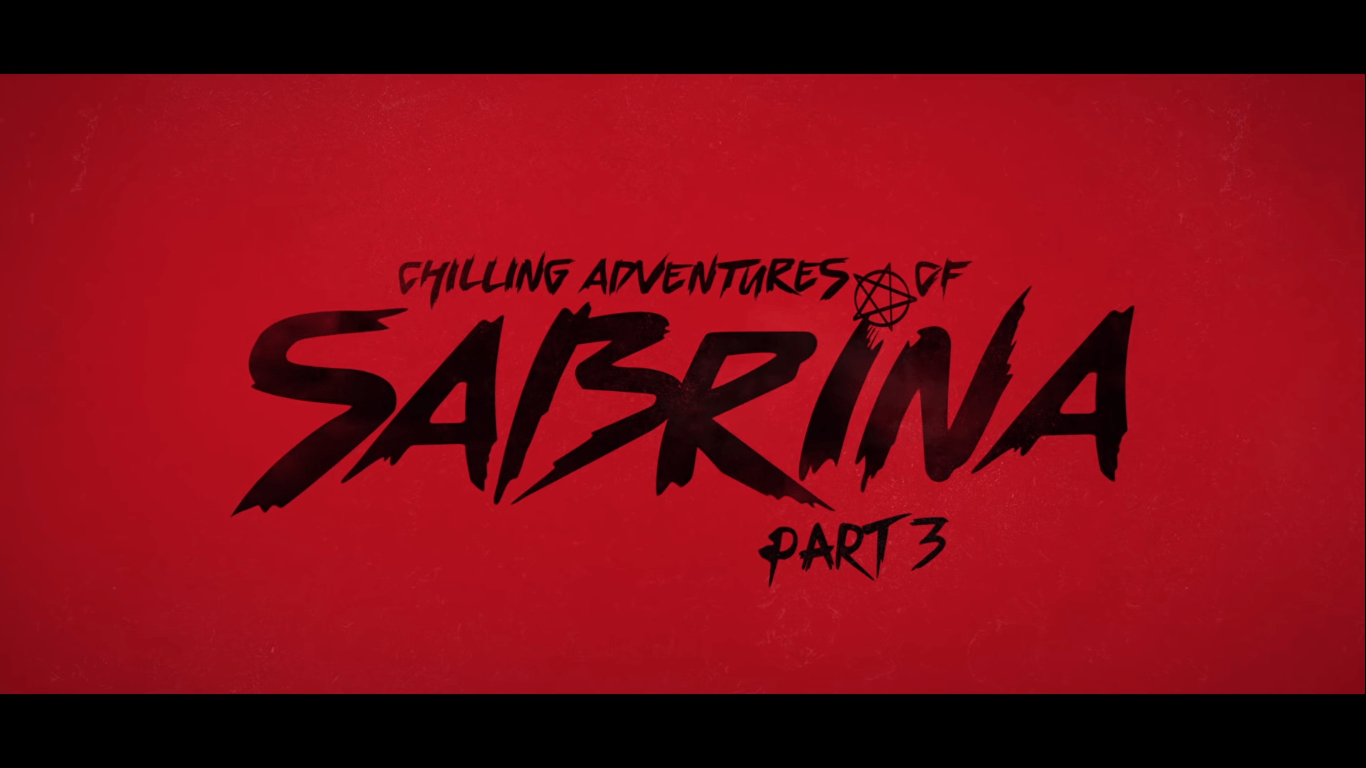 Chilling Adventures of Sabrina on Netflix has made the story of Sabrina a bit darker and not so light-hearted. Many fans have loved the change and applauded Netflix for taking the chance with something like that. After two successful seasons of the new coming-of-age tale, part three has set a release date and is coming early next year!

According to a summary by Entertainment Weekly, “Chilling Adventures of Sabrina reimagines the origin and adventures of Sabrina: the Teenage Witch as a dark coming-of-age story that traffics in horror, the occult and, of course, witchcraft. Tonally in the vein of Rosemary’s Baby and The Exorcist, this adaptation finds Sabrina Spellman wrestling to reconcile her dual nature – half-witch, half-mortal – while standing against the evil forces that threaten her, her family and the daylight world humans inhabit.”

Part three is set in stone for a release on January 24th, 2020 next year and in a promo video released by Netflix on YouTube, it leaves a lot up to the imagination of the viewer. In only fourteen seconds and three words, the promo video leaves viewers and fans completely speechless!

“Welcome to Hell“ are the only words spoken during the short teaser but already has viewers talking. At the ending of season two, Sabrina came together with others creating “Fright Club” and suggest for their first mission that they go into Hell to bring Nick back.

Obviously this sounds all good and well but even though her three mortal friends we able to keep the gate of Hell closed without her help, they are still that, just mortal and going in to rescue someone would be risky, to begin with.

With this promo video now though, it’s obvious that Sabrina has made the decision to indeed walk into Hell to rescue Nick. This sets the path for an exciting season three that will see the underbelly of the world and encounter several possible creatures and foes, including Lucifer.

Before you practice more of your witchcraft and boldly walk into Hell, you should get a quick refresher on everything that happened in season two. Thankfully, YouTube channel Flicks and the City has you covered with a detailed nine-minute video with a complete refresher of season two and a laundry list of season three theories.

Have you been watching Chilling Adventures of Sabrina on Netflix? Are you ready for season three? If not check out the video below or get a quick recap before next month’s release and watch the new promo video!

Bravo Spy Games Spoilers: Not A Challenge For the Faint of Heart!

Bravo Spy Games News: The Contestants Get A Mission To Infiltrate A Black Tie Gala…