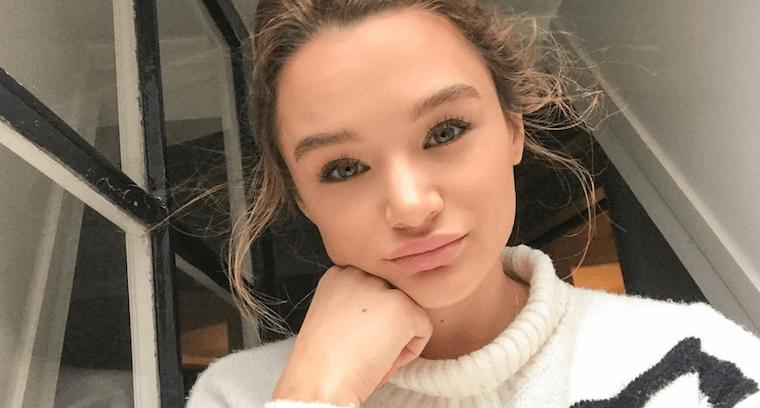 ‘Young and the Restless’ (Y&R) spoilers tease that actress Hunter King will be taking a little break from the small screen. But fans have no reason to worry because the actress, who is best known for her role as Summer Newman on the hit CBS soap, will only be gone for a brief period of time. Here’s what you need to know.

Even though Summer Newman has been on-again and off-again on ‘Young and the Restless‘, for the last several months she has been involved in a pretty heavy story line. That’s because there is a serious love triangle going on between Summer, Kyle Abbott (Michael Mealor) and Lola Rosales (Sasha Calle). And even though Kyle and Lola are supposedly happily married, it appears as though Kyle still has some left over feelings for Summer and vice versa.

Hunter King recently announced that she is taking a short break from filming so she can focus on some things in her personal life as well as some upcoming projects. That is probably one of the reasons why her character Summer Newman will be spending the next few weeks in Atlanta. Clearly, there might be more than just one reason why Summer is looking to get away from all of the drama in Genoa City! While there’s no doubt that her heart is often in the right place, she’s also someone who likes to get things done her way. After all, the blonde beauty is a Newman!

‘Young and the Restless’ spoilers also tease that there will be a “couples swap” of sorts with Summer and Kyle spending more time together, leaving Lola to be with Theo Vanderway (Tyler Johnson). We can’t wait for Hunter to come back just so we can find out what’s in store for Summer!

For now, drop us a line with your thoughts in our comments section below. What do you think will happen next? And as always, come back to Daily Soap Dish for all the latest news, updates and spoilers on The Young and the Restless, The Bold and the Beautiful, General Hospital and Days of Our Lives. For more royal and celeb baby news, come back to Celeb Baby Laundry.3

CBS ‘The Young And The Restless’ Spoilers: What Will Adam Even Do With The Company?

CBS ‘The Young And The Restless’ Spoilers: Melissa Ordway (Abby Newman) Is Staying…

CBS ‘The Young And The Restless’ Spoilers: Kyle & Theo Get Into It Again…

CBS ‘The Young And The Restless’ Spoilers: Adam Understands Why Victor Did It –…