El Final del Paraiso spoilers reveal this season has spent a lot of time dealing with the Albeiro Marín (Fabián Ríos)/Catalina Santana (Carmen Villalobos) pairing. If you check out the people chatting about the show on Twitter, you’ll see that this pairing isn’t popular. There are a lot of reasons for this. However, the writers seem determined to keep that ‘ship alive. But here’s why that’s a losing prospect. 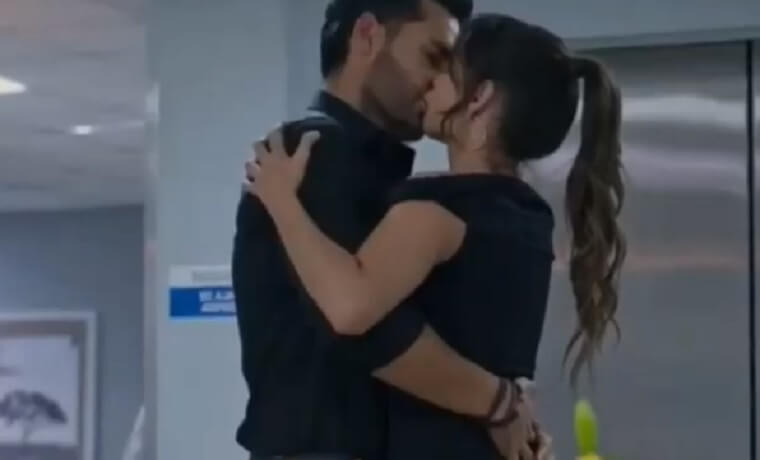 As we pointed out earlier in the season, Albeiro helped to cement Cata Grande’s obsession with getting implants. In one of the early No Hay episodes, he told her she’d be queen of the town if her boobs were bigger. Bad move. Even worse, he was sniffing Doña Hilda Santana’s (Catherine Siachoque) underwear before the whole prepago thing kicked up a notch.

Even worse, was the way he’s handled himself in certain situations. When things got rough back in No Hay, he ran away a while to work on a coffee farm. In Si Hay, a situation with their daughter also sent him running. That time, he spent an evening drowning his sorrows in booze. Even now, he handled the possible HIV thing in a bad way as well. This doesn’t lend to a long-lasting thing.

Another, more important, reason this can’t last is Albeiro’s former relationship with Doña Hilda. It’s just too strange to go from daughter to mother, then back to the daughter. Especially when he already has a grown child with Doña Hilda. Could you imagine being your half-sister’s stepmother? The fact Albeiro was willing to throw away a twenty-year union as soon as Cata Grande turns out to be alive is just a terrible move. But then we have another issue.

When it comes to Catalina Santana and Albeiro Marin, their motto seems to be “love the one you’re with.” When Cata Grande was supposedly dead, it was easy to focus on Doña Hilda. It was easy, also, for him to focus on Cata Grande when he was around her a lot. However, once Yésica “La Diabla” Beltrán (Kimberly Reyes) took him captive again and gave him a lot of contact with “Valeria Montes” (Reyes), he started falling for her. They even made out and would have slept together, had “Valeria” not stopped things.

Cata Grande has a similar problem with Aurelio “El Titi” Jaramillo (Gregorio Pernía). She fought going back to Albeiro until she was sure her mother was okay. Before Albeiro went back to Diabla to fulfill his duties to get his HIV cure, he promised to hand Diabla over to her. He also had a long, drawn out thing more than once about how she was the love of his life. Cata said the same. However, once she learned El Titi was alive, that seemed to change again. She kissed Titi after going on about how much she suffered with his death. Any way you look at it, Albeiro and Cata just can’t work.

‘Young and the Restless’ Spoilers: Sharon Newman (Sharon Case) Has A Problem!