El Final del Paraíso spoilers: Time jump a massive #fail, exposes who the real MVP of the show is

El Final del Paraíso spoilers reveal that there’s a whole lot of stupid going around. The recent time jump they did doesn’t help that perception. In the months that passed between the Tuesday, November 5th and Wednesday, November 6th episodes, nothing seemed to be accomplished. This was a huge disappointment in two respects. Here’s what you need to know. 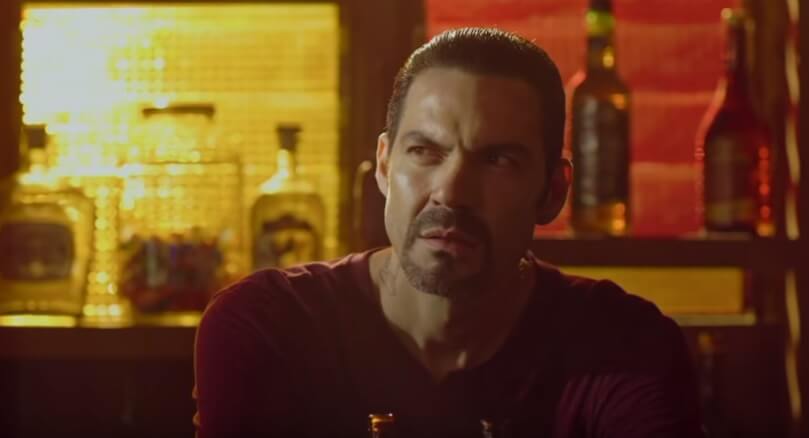 The first disappointment came in the form of Alex Mondego (Pedro Calvo). Last we saw him, he’d just killed Aáron “Mano Negra” Mondego (Juan Pablo Gamboa) at his own request. Before Mano Negra died, he gave Alex the keys to his kingdom. Bad move.

When Alex resurfaced Thursday, November 7th, he appeared to do nothing these past few months other than wander around and get dirty. His first scene has him seeking out a computer and finally accessing the information his father handed down. Seriously? Mano Negra should’ve just let Yésica “La Diabla” Beltrán (Kimberly Reyes) do what she would with his organization. She’s definitely more efficient.

The other huge disappointment relates to Doña Hilda Santana (Catherine Siachoque). Specifically, Joana Andrade’s (Bárbara Najas) plan to murder her. Despite the fact she tried to hire one of #TeamTakeDownManoNegra, and her plan being caught on recording, nothing happened. Seriously. It took this lapsed time for them to finally get around to setting up the sting against her.

This turned out to be a massive mistake. As the call was going through to her, Joana was literally holding Doña Hilda and the rest of the team accompanying her to Miami at gunpoint. Her twisted plot was to make Doña Hilda and Salvatore Miranda (Martín Karpan) marry before she kills them. A whole airport was terrorized because of the lack of action. Not to mention, several characters almost died.

Luckily for them, Vanessa Salazar (Estefanía Gómez), Natalia Bérmudez (Linda Baldrich), and others jumped into action. Vanessa handled the negotiations, and Natalia played a nun who accompanied the priest Joana wanted. While the man was pretending to start the ceremony, Natalia took Joana by surprise and disarmed her, bringing the situation to a halt. Wow. It’s amazing what they can accomplish when Catalina Santana is indisposed. We see where the real brains in the DEA are now.

While they accomplished one thing we believe they wanted to do, getting La Diabla in the first lady position, nothing else came of the recent time jump. It makes us wonder about all the things they could have done with it. And if they’re setting up Alex to be a threat, this lack of action didn’t help. It also doesn’t help us sell the idea of Cata Grande being a threat when she couldn’t even have the forethought to suggest a sting on Joana.

Riverdale Spoilers: Run Toni, Run While You Can!