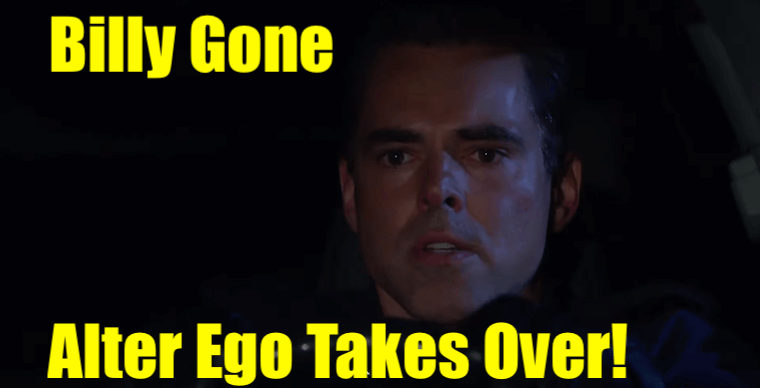 It begins with Nate Hastings knowing that he might have to cover his tracks. That’s because after his little run in with Adam at Society earlier in the week, Adam took his tablet and hacked information about Victor’s medical treatment. He wants to mess with Victor’s meds and hopefully make things worse on his old man by messing with his dosage.

Also, Kevin and Chloe have a new plan. They know that it’s going to be a risk but they want to hopefully tame Billy Abbott (Jason Thompson) enough that he’s not going to do something crazy again. Plus, they realize that Billy is out of his mind. They are no longer talking to him, but his alter ego which is making his situation even worse by the day.  Seeing how Chloe knows what Billy is going through, she is going to try and figure out a plan based on the symptoms that she sees.

Elsewhere, Phyllis Summers (Michelle Stafford) is also hellbent on getting her revenge. She doesn’t like how she was pushed out of the picture by both Abby Newman (Melissa Ordway) and Chelsea Newman (Melissa Claire Egan). According to her, they stole her hotel.

That’s when Phyllis decides to go back to her old habits and derives up a new plan. The grand opening for their hotel is going to be anything but an uneventful one if that’s what they were hoping for. Fans will have to tune in for all of the action!

CBS ‘The Young and the Restless’ Spoilers: What Happened To Faith Newman…

CBS ‘The Young and the Restless’ Spoilers: Will Victoria Take Billy Back Or Has She…

CBS ‘The Young and the Restless’ Spoilers: Rey And Lola Rosales Left…