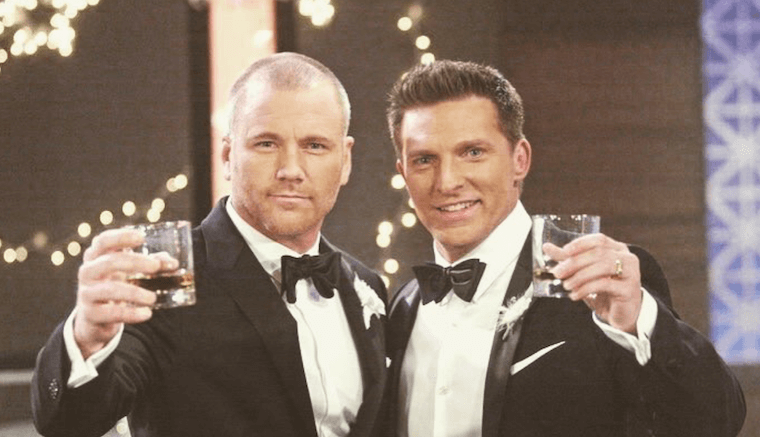 ‘Young and the Restless’ (Y&R) spoilers tease that there’s a strong possibility we might be seeing Dr.Benjamin ”Stitch” Rayburn (Sean Carrigan) back in Genoa City in the future. Here’s what you need to know!

The last time we saw Stitch he left Genoa City in order to take care of his sick son. But as many fans know, he also had an on-again, off-again romance with Abby Newman (Melissa Ordway). He also couldn’t help but get the feels for Abby’s mother Ashley Abbott (Eileen Davidson). Stitch is the kind of guy who definitely knows what he likes, whether it comes in a mother or daughter form.

‘Young and the Restless’ Spoilers: Is Sean Carrigan Returning?

Seeing how Abby Newman can’t decide what she wants in her life right now, this would be a great opportunity for Stitch to appear. She was left heartbroken and devastated when she found out that her ex-fiance Arturo Rosales (Jason Canela) was cheating on her. And even though she’s in a relationship with Nate Hastings (Sean Dominic), she’s left him hanging one too many times. Abby is a confused woman right now and if there’s anyone who can help her sort out her feelings, it’s definitely Stitch.

Of course, there’s also the fact that Ashley happens to be single, too. Sure, she might be spending a lot of time in the City of Love right now, but strangely enough Ashley doesn’t have a boyfriend that would keep her in Paris longer than a few weeks at a time. Should Stitch come back, it would give Ashley a reason to fly back to Genoa City to check up on things in the Jabot offices.

Tell us, do you think Stitch should come back? And if so, should he hook up with Abby or perhaps take things in a new direction?

‘Bold and the Beautiful’ Spoilers: Where In the World Is Zoe Buckingham?