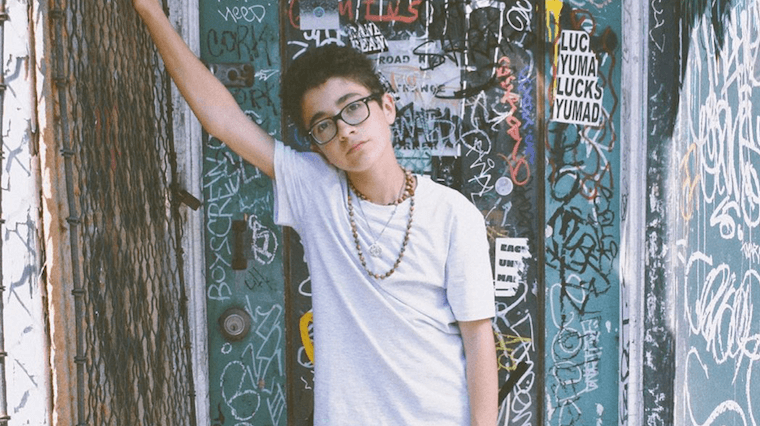 ‘General Hospital’ (GH) Spoilers finds that the last time we saw Spencer Cassadine (Nicolas Bechtel) he was doing some hard core of Valentin Cassadine (James Patrick Stuart) and doing it in a way that would put most adults to shame. Spencer values one thing over his very own short little life, it would seem, and that’s family. And ever since he found out that Valentin was responsible for the death of his Dad he has made sure that whenever he’s in town, Valentin will have a hard time.

You gotta admire this kid’s hustle. When he can’t do the trolling, he makes sure that someone he knows can successfully do it for him. Last time, he employed dear old Grandma to stand in between him and Valentin. Not that she wouldn’t have done it of her own accord, but the kid knows when he’s beat and needs help. That’s… admirable. But last time we checked, Spencer was off at boarding school.

‘General Hospital’ Spoilers: So who’s job is it to troll Valentin now?

I would say right now that Dr. Liesl Olbrecht (Kathleen Gati) is doing a pretty good job of that on her own. She knows that Sasha Gilmore (Sofia Mattson) is not the real daughter of Nina Reeves (Cynthia Watros) and is milking that particular info for all its worth. So right now, Liesl has the trolling pretty much covered. There’s also Jasper Jacks (Ingo Rademacher) who may soon be doing a good job of trolling Jacks himself. Of course, Jax’s trolling might come in the form of a take down if he’s not careful. So right now you could argue that Valentin has bigger fish to fry. However, there’s something on the rise that might just add Spencer back into the mix.

We’ve been hearing mutterings of the return of Nicholas Cassadine, Spencer’s Daddy. Spencer was very heartbroken about the death of his father so if Nick returns, chances are Spencer won’t be far behind. We can look forward to either a heartwarming reunion, or an angst-filled drama ridden one.

I’m betting on a combo of the two, yeah Spencer is going to be glad to see his Dad but he’s going to have sooo many questions. Like, “Where were you and why didn’t you let me know you were alright?” in only a way a child can ask those questions. I’m sure the explanation will be better than, “I’m sorry I forgot.” or “My phone was out of juice and I couldnt text.”

There has been rumors of a possible recast of Spencer Cassadine, but we personally hope that that’s a big no because here at dailysoapdish.com we love Nicolas Bechtel’s portrayal of Spencer. He adds so much spice and sass to the package. Even when doing scenes with veteran actors twice (sometimes three times) his age, he can definitely hold his own.

We hope to see him continuing the role of Spencer for years to come because can’t nobody troll like this kid. The only way that a recasting would become a possibility, we would speculate, is if they wanted to age the character up a bit and have him do racier story lines and maybe have him become more of the Port Charles tapestry but even so… we can wait a few years! I can think of no one better to continue trolling Valentin.

‘General Hospital’ Spoilers: Yeah, but where he at tho?

Spencer is at boarding school right now. However, if we know Spencer and we can speculate that we know him pretty well, perhaps he could find a way to troll Valentin from even beyond the Port Charles borders, while at boarding school. How, you ask? Cyberspace exists for a reason, dear readers! Maybe somewhere out there, there is an ‘I hate Valentin’ blog run by Spencer that recounts all of his past sins.

Barring that, seeing as Valentin could use that as defamation of character, Spencer could always use anonymous apps to send him hate mail. Granted, that seems a bit juvenile for the level of trolling that Spencer has been known for in the past, but he’s not actually in Port Charles right now so if he were to focus his energies on going after Valentin, that might be one way he would do it that would be age appropriate and not likely to get him on any sort of list that Valentin might have.

If Spencer were to come back, I could see him maybe being part of a dark web story. If he were still in the process of trying to avenge his Dad and Valentin was still around, then he could very easily go on the dark web and hire somebody anonymously to do various things that would make Valentin’s life pretty hard. Heck, from the dark web he could control some of the actions of the citizens of Port Charles themselves if he played his cards right. If he were savvy enough he could bring in some real trouble for Valentin, and let’s face it – this ain’t your Grandma’s internet anymore kiddies. Online, anyone can be anything.

Granted, this kind of story line would probably come about in a few years when Spencer is a bit older. It may start out innocently enough, but it could escalate into something potentially dangerous for all involved. Especially if Spencer got influenced by other members on the dark web to do certain things. Maybe he starts it out as a joke, but then slowly the ‘dares’ get darker and more sinister until someone (maybe Spencer himself) gets hurt. But that’s just speculation, where is Spencer’s story line going? Stay tuned!!!

‘Bold and the Beautiful’ Spoilers: Danny the Bartender With the Assist, Helps Shauna Get Ridge Into Bed To “Sleep It Off”!