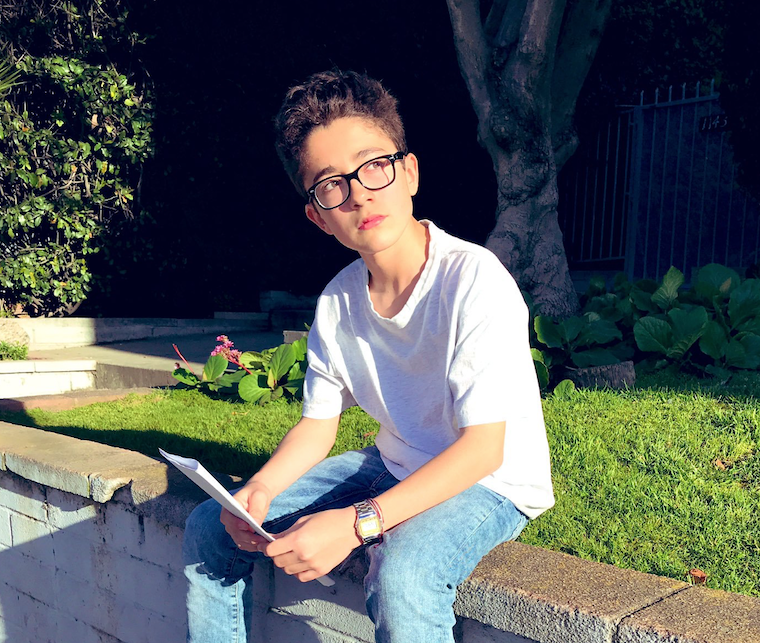 General Hospital spoilers relate that congratulations are in order to Nicholas Bechtel, AKA Spencer Cassadine. The young star has just announced that he is going to be in a new Lionsgate film entitled “I still believe” directed by Andrew and Jon Erwin and written by Jon Erwin and Jon Gunn.

Nicholas Bechtel stated in a recent interview with Variety: “Excited to work on this awesome project. Can’t wait to work with these insanely talented actors.” said Bechtel. The film is about singer-songwriter Jeremy Camp and his journey of faith lost and found again. Camp is a Grammy nominated artist who sold over 5 million albums and toured over 36 countries. He has also released 4 gold albums and received two AMA nominations.

The cast includes KJ Apa (of Riverdale fame) as Jeremy, and Gary Sinise as Tom Camp. No word on who our boy Nicholas will portray yet, but we look forward to seeing his spunk on the big screen! He holds his own regularly in all of his scenes on GH, I for one look forward to any scene he has on the show. The role of Spencer is made more intriguing by what he brings to it, and we’re all rooting for him.

General Hospital spoilers indicate that, currently, Spencer is being blackmailed by Valentin over tampering with election results. This isn’t the first time he’s been involved with drama though! In his short little life, Spencer has had his fair share of drama! He was born severely premature and had to be placed on a ventilator, then he was kidnapped by Colleen McHenry and hiis Great Grandma Helena. He has been threatened by Luke, trapped in a fire and suffered smoke inhalation and was rendered unconscious, he had a burn on his cheek and over the right side of his body. At one point he was almost kidnapped and killed by Valentin, kidnapped by Garvey, and broke both his legs in a skiing accident—and that’s just the things that he couldn’t help!

I finish school, celebrate my cousin’s graduation and head out to work on this project. Blessings on blessings, MAN. I can’t wait 🎬 pic.twitter.com/qyCdqGoryk

He’s no victim though, apparently he can escape from boarding schools and make his way back to Port Charles if he needs to at any time. He’s also proven himself highly capable of asasult, truancy, and keeping secrets. (Knew his Dad was alive and didn’t say a word about it, wow!) He has also committed fraud, destruction of property, and at one point ordered a mafia hit when he asked Sonny to kill Valentin! With as versatile an actor as Nicholas has proved to be when playing Spencer, we look forward to seeing just what kind of character he will bring to life on the big screen.