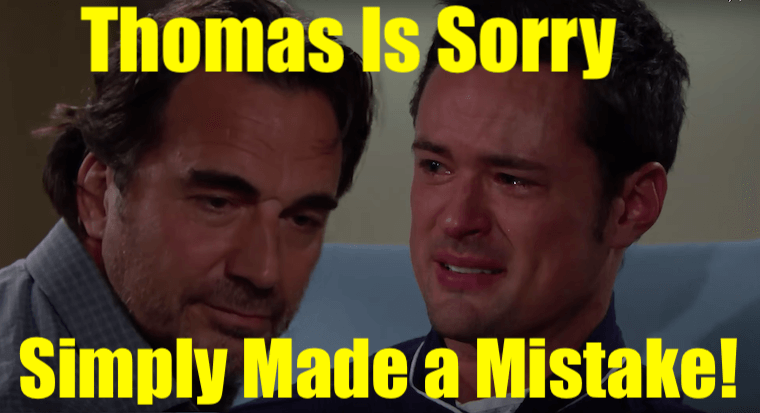 ‘Bold and the Beautiful’ Spoilers: Down boy!

‘Bold and the Beautiful’ (B&B) Spoilers for the week of Monday, September 9-Friday, September 13 indicate that things are heating up between Wyatt Spencer (Darin Brooks) and Sally Spectra (Courtney Hope) this week! Sure, she’s still cautious from what happened before with Wyatt, but it seems like these two are settling back into getting to know each other and getting comfortable with each other again.

Wyatt doesn’t need that much time though and he would like to get things cracking ASAP, but when he asks her to move back into his beach house with him, Sally puts a halt on things. She’s not ready to pick right back up where they left off, so Wyatt’ll have to cool his jets for awhile.

Steffy Forrester (Jacqueline MacInnes Wood) will take it upon herself to visit Flo Fulton (Katrina Bowden) in jail. She wants to make sure that Flo knows just how much pain she caused, not only to Hope Logan (Annika Noelle) and Liam Spencer (Scott Clifton) but to her as well.

Steam will practically be pouring out her ears during this confrontation, she’ll tell Flo that she hopes that she rots in jail, but little does she know that Daddy Ridge Forrester (Thorsten Kaye) is off playing favorites and making a deal for son Thomas Forrester (Matthew Atkinson) that will derail all of Steffy’s hopes and dreams on that front.

‘Bold and the Beautiful’ Spoilers: Daddy Ridge makes everything okay for Thomas

Of course, this deal will enrage Brooke Forrester (Katherine Kelly Lang) who thinks that both Flo and Thomas should pay the price for what they did. Ridge doesn’t really give a hoot about Flo, that’s not who he’s doing this for, he’s doing whatever this deal is to protect his son. He’ll insist that Thomas was simply the victim of bad judgment.

Though, Brooke argues that Thomas doesn’t need protecting. And she would be right, he’s a grown man after all! I guess Daddy bought all those crocodile tears he shed last week when he finally got confronted about his actions, eh? It looks like for now, Flo and Thomas will not pay for one ounce of their crimes – what does this mean? Guess we’ll have to stay tuned!