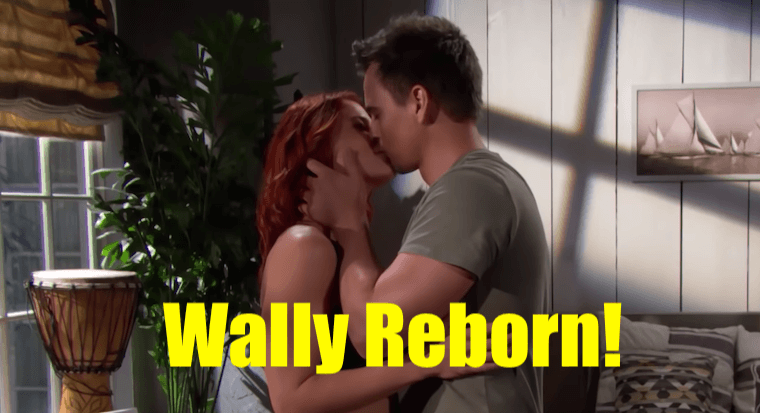 ‘Bold and the Beautiful’ (B&B) Spoilers for Monday, September 2nd, 2019 indicate that Brooke Logan (Katherine Kelly Lang) will be biting her nails because Thomas Forrester (Matthew Atkinson) has just woken up and could potentially implicate her in throwing him from the cliff. However, it doesn’t look like that’s going to happen, in fact, Brooke may just get a reprieve when Thomas corroborates her own story of how events happened.

This may help her in the eyes of Detective Alex Sanchez (Jeremy Ray Valdez) but it’s not going to help her case with hubby Ridge Forrester (Thorsten Kaye) one bit! Ridge will turn his back on his wife, even though legally he knows he’s wrong, he can’t get over what he saw and it’s troubled him deeply. Looks like they may be headed for a lot of marital trouble – gee, thanks Thomas!

‘Bold and the Beautiful’ Spoilers: Who said chivalry is dead? Wyatt defends Sally to Quinn

Looks like Wyatt Spencer (Darin Brooks) will be reminiscing about old times with Sally Spectra (Courtney Hope), he even defended her to meddling Mama Quinn Forrester (Rena Sofer) and let her know of his feelings for Sally, awww!

They’re making plans to spend the weekend together and they’ll spend even more time together during this episode and while they’re talking about old times, even though they didn’t really intend for it to happen, they’ll wind up in a lip lock. Haha, love conquers all! Looks like Flo can kick rocks for right now, then again, Wyatt never did promise her he would wait for her so oh well sorry Flo.

‘Bold and the Beautiful’ Spoilers: Wyatt and Sally slowly begin to trust each other again

In all seriousness though, it looks like those two are on the road back to each other, but there’s no pressure. Sally, if anything, just wants to be there for Wyatt in the wake of the destruction Flo left and doesn’t want to aggravate any trust issues he may have. Wyatt, on the other hand doesn’t want Sally to feel like she’s just the rebound chick (when in actuality she really isn’t.) Looks like Wyatt will be falling all over himself trying to make Sally feel special, and cuteness will abound. Stay tuned!!!