‘Bold and the Beautiful’ Spoilers: Where In the World Is Zoe Buckingham? 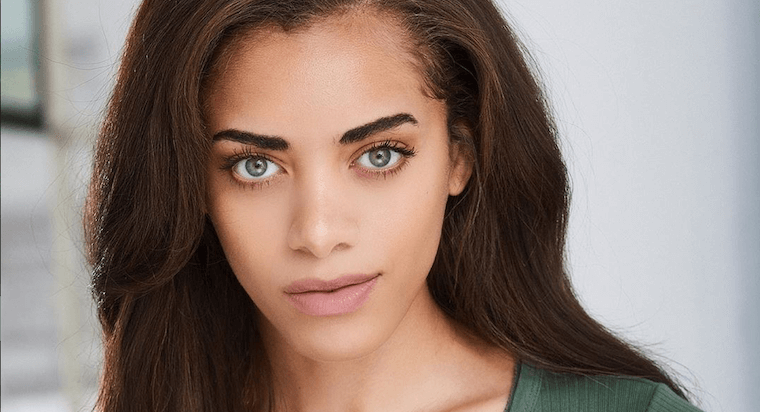 ‘Bold and the Beautiful’ (B&B) Spoilers finds that with all the justice being doled out to various members of the secret squad on B&B this past week, namely Thomas Forrester (Matthew Atkinson) and Flo Fulton (Katrina Bowden), we seem to have forgotten about one intrinsic member of the secret squad, who in fact pretty much kept it going until the very end. That member is Zoe Buckingham (Kiara Barnes).

We all know that she conspired with her Dad, Reese Buckingham (Wayne Brady), to keep the fact that little Beth Spencer (River Davidson & Madeline Valdez) was really alive from Hope and were the originators of Hope’s Logan (Annika Noelle) pain. Yes, Flo signed the adoption papers and made everyone believe that she was the birth mother, but Zoe was the one that made sure that she kept her mouth shut for the first couple months of this whole debacle. So… just where is her share of ‘justice’ in all this?

It would stand to reason that Zoe saw what happened to her Dad and skipped town, but that didn’t prevent the long arm of the law from gathering up Reese Buckingham. I mean, he fled to England and that still wasn’t far enough! So why is it seemingly ignoring her? Did the police just not deem her as important to the case as the girl who signed the adoption papers? Certainly, being Dr. Reese Buckingham’s daughter, she would be privy to information that even Flo wasn’t. But as we all know, Reese is infamous for kind of ignoring his daughter and Zoe will do anything for Daddy’s attention and approval, so…

‘Bold and Beautiful’ Spoilers: Maybe Daddy stood up this once?

Maybe, just maybe Reese saw just what lengths his daughter was willing to go through to keep him safe from the law and he decided to do her a solid for once and told the officials that she knew nothing beyond what he shared with her and that wasn’t much. Although, unless he and Flo have been in contact secretly and aligning their stories I kind of highly doubt this theory would even work. But hey, stranger things have happened.

B&B Spoilers: Maybe Flo was too busy focusing on Thomas to even implicate Zoe

This could be part of the reason. So far no one who has been brought to justice has mentioned much about Zoe, in fact I’m not even sure Detective Alex Sanchez (Jeremy Ray Valdez) has even heard her name mentioned yet. So he could just not be aware of her involvement. Certainly, Flo remembers all the fights she had with Zoe leading up to her arrest over not telling Hope the truth and certainly she would want to see her brought to justice, but right now Flo is under a lot of stress and a lot of pressure so its normal that she would overlook some details and focus on the guy who threatened her life – Thomas.

Who’s a member of the secret squad who hasn’t been brought to justice yet who might just help Zoe out? Xander Avant (Adain Bradley), that’s who! He has a vested interest in Zoe, being that he is her boyfriend and he did run all the way to England after Thomas found out that he was the one that saw the GPS info in his car maybe, just maybe, he was having an attack of ‘absence makes the heart grow fonder’ and thought about the good times, the times before all of this baby swap mess had happened. Maybe he missed Zoe and would help her avoid the law, just for old times’ sake.

‘Bold and Beautiful’ Spoilers: Or did Zoe cut a secret DA deal herself?

Maybe our girl is more capable of taking care of herself than we realized and has gone behind everyone’s back in secret and cut a deal with the DA. In exchange for her freedom and/or immunity, she is being very, very cooperative with the police and all authorities involved. That could work, that way she would be able to walk free as a normal citizen and not be on the run or really have any more nefarious dealings with the police or whichever authorities are involved. If she went this route one couldn’t really blame her.

Or maybe, she’s just in the same rabbit hole that they keep Taylor in?

‘Bold and Beautiful’ Spoilers: Did Taylor come through in the end?

Taylor Hayes (Hunter Tylo) facilitated this whole thing and we haven’t seen hide nor hair of her in awhile. We also know that she had a romantic connection with Dr. Reese Buckingham, and if anyone could align their stories it would be those two. Also, Taylor would have the means to hide Zoe out for awhile if need be, so maybe, just maybe, wherever Taylor is, Zoe is as well. So, when will Zoe get her comeuppance? Stay tuned!!!