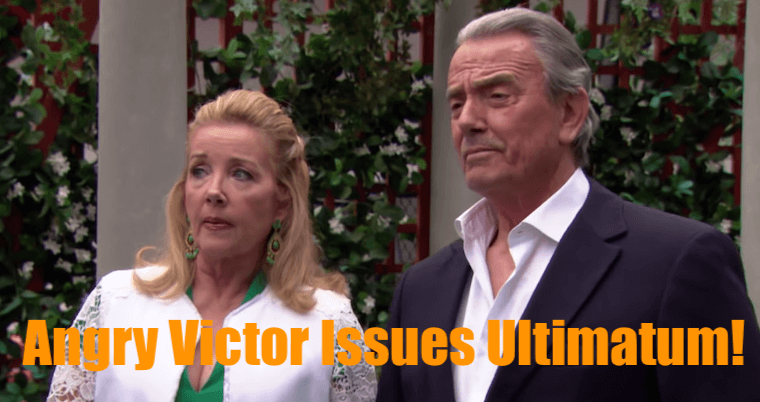 ‘Young and the Restless’ (Y&R) spoilers for the week of Monday, August 12 to Friday, August 16 promise more makeups and breakups and a wedding that you won’t want to miss. Phyllis is left blindsided by Adam while Kyle warns both Theo and Summer not to start any drama before he marries Lola. Here’s what you need to know.

The week begins with Adam Newman (Mark Grossman) making Devon Hamilton (Bryton James) an offer that he can’t refuse. This leaves Phyllis Summers (Michelle Stafford) furious. Also, Adam continues to bond with Connor and asks Chelsea Newman (Melissa Claire Egan) if they can move back in with him. Nick Newman (Joshua Morrow) tells Victor Newman (Eric Braeden) that he was left blindsided by his brother. Also, Abby Newman (Melissa Ordway) has harsh words for Phyllis.

Victoria Newman (Amelia Heinle) is forced to defend Nick after Adam continues to hurl accusations at home, in hopes that he will gain custody of Christian. That same way Victoria is caught lying, making matters even worse for her and her brother Nick. Unexpected news comes at Chelsea as she exposes a con. Also, Lola Rosales (Sasha Calle) avoids an invitation.

Abby Newman is in desperate need of some good advice and goes to her mother Nikki Newman (Melody Thomas Scott) for help. Victor has had enough of what has been going on between Nick and Adam and issues an ultimatum, or else someone will be saying good-bye to Genoa City soon. Jack Abbott (Peter Bergman) is on a mission to bring back Lola’s mom Celeste Rosales (Eva LaRue) in hopes that she will attend the wedding.

Realizing that their feelings are too strong for one another, Rey Rosales (Jordi Vilasuso) and Sharon Newman (Sharon Case) kiss and makeup. Summer Newman (Hunter King) finds out about the secret that Kyle Abbott (Michael Mealor) has been desperately trying to hide. Also, someone from Kyle’s past by the name of Zoe Hardisty (Anna Grace Barlow) appears in town.

Kyle and Lola’s wedding day is finally here, but it won’t go off with any drama. Kyle receives an ominous text from Theo on his wedding day and is upset. Summer is invited to the wedding but Kyle warns her not to bring her friend.