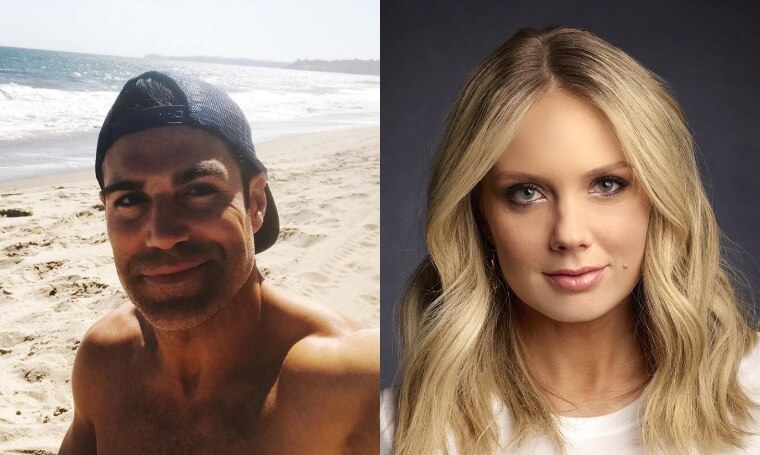 ‘Young and the Restless’ (Y&R) spoilers find that while there are plenty of people who make up and break up in Genoa City, there aren’t many couples who can survive more than several weeks without a major fight or dramatic meltdown. But with Rey Rosales (Jordi Vilasuso) and Sharon Newman (Sharon Case) that wasn’t the case. However, there’s a very good chance that Rey might end up moving on with someone else in Genoa City. Here’s what you need to know.

Even though Sharon and Rey were incredibly attracted to one another, there was one problem: Adam Newman (Mark Grossman). Rey was pretty certain that Sharon wasn’t over him yet and that she still had feelings for him. And it’s not like he was too far off, right? Realizing that he doesn’t want to be the third wheel in his own relationship, he pulled the plug on his romance with Sharon. Even though the two are cordial and there’s obviously still some chemistry left in them, Rey might not be willing to give their romance another chance.

As a matter of fact, new ‘Young and the Restless’ spoilers tease that Rey might move on with none other than Abby Newman (Melissa Ordway). And if there’s something we’ve learned about Abby, it’s that she sure has a weakness for the Rosales men, right? Seeing how Abby is now single ever since she left Nate Hastings (Sean Dominic) dry and how Rey can’t seem to trust Sharon, it would make sense for them to hook up. Both are good looking and definitely looking for a little love and companionship. And let’s not forget, they also have one major thing in common: they have same pretty serious trust issues. Could their relationship even last? Fans will have to tune in to find out!

‘Bold and the Beautiful’ Spoilers: Should Sally Take Wyatt Back?

CBS ‘The Young and the Restless’ News: Will Demi Lovato Make A Special…

CBS ‘The Young And The Restless’ Spoilers: Nick Hates Billy Now – Imagine If He…

CBS ‘The Young And The Restless’ Spoilers: Will Billy Be Victoria’s Hero In The…