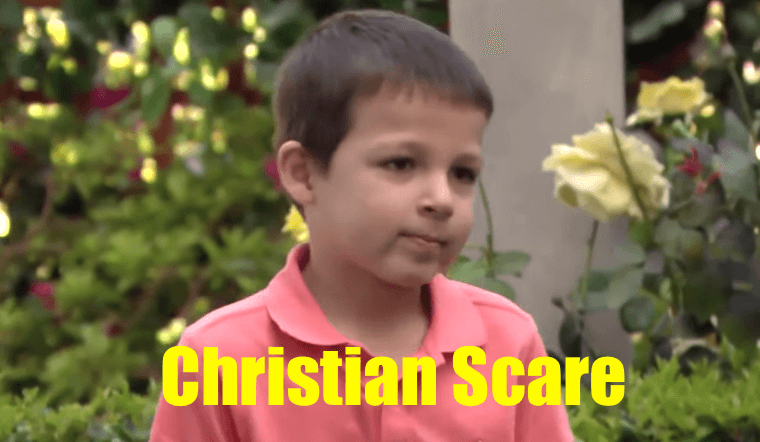 ‘Young and the Restless’ (Y&R) spoilers for Tuesday, August 13 finds Chelsea Newman (Melissa Claire Egan) learning that her mother Anita Lawson (Catherine Bach) is at it again. Lola Rosales (Sasha Calle) gets a letter while Phyllis Summers (Michelle Stafford) has a deal she wants to make with Abby Newman (Melissa Ordway).

It begins at Lola’s apartment, where Rey Rosales (Jordi Vilasuso) figures that his sister is nervous before the wedding. He also can’t help but wonder why Lola let Kyle Abbott (Michael Mealor) do all of the wedding planning. Lola says she believes in him and also says that she’s looking forward to their honeymoon. They then talk about their mother not showing up at the wedding and Lola tells Rey that Jack Abbott (Peter Bergman) promised that he would handle it. Lola then reads a letter that she gets from her estranged father, Adrian. Rey is furious that he reached out to her.

Over at Nick Newman’s (Joshua Morrow) place, Anita is worried about Connor being upset that Chelsea and Adam Newman (Mark Grossman) aren’t getting back together. Talk then turns to the inheritance money. Anita admits that her ex-husband really didn’t leave her anything and that it was all Anita’s doing. She also admits that her ex Calvin had some shady business dealings. When Anita admits that she took $5 million dollars, Chelsea throws her out of the apartment.

At Chancellor Park, Adam gets a text message that upsets him. At Victoria Newman (Amelia Heinle) and Billy Abbott’s (Jason Thompson) house, Victoria thinks that Adam is going to come over. When he does Victoria tells him that Christian is sick and can’t be seen. Billy says that when he does, he will be ready for him. Billy tells Victoria that soon enough they won’t get away with this, but Victoria knows that at the end of the day it’s worth it.

At Chancellor Park, Victoria and Billy are playing with the kids. Adam appears and immediately goes to Christian. Nick arrives as well. Then Victoria calls out for Christian and realizes that he’s missing. Adam finds him in the bushes and then encourages him to come out and play soccer with him.

At Society, Phyllis tells Abby that she’s sorry for her earlier behavior. Abby is thinking about working with her again. Phyllis tells her that she has respect for her and says that together they can work on great things. Abby tells her that she’s only saying this because Adam fired her. After they go back and forth about Jabot, Abby says that she can keep her on as a manager. She wants Phyllis to have a stake in the company and gives her one week to come up with the money.

‘Days of Our Lives’ Spoilers: Ben Double-crosses Gabi, Works On the Sly To Help Stefan!