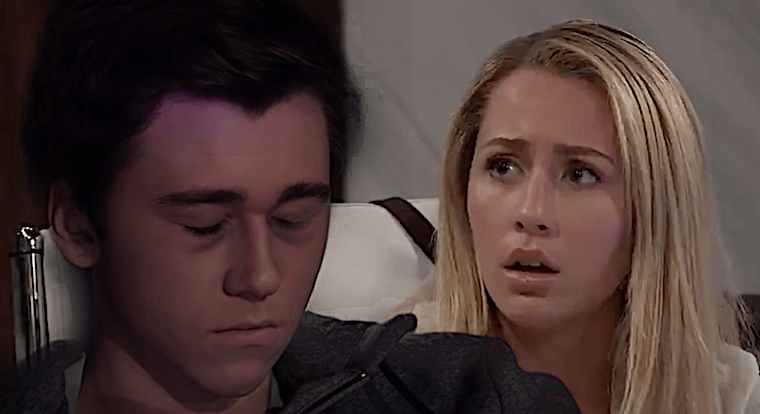 ‘General Hospital’ spoilers indicate that Josslyn will be having a no good, very bad, grief filled, crappy day and that none other than Maxie Jones will offer to help. Josslyn is still very torn up over losing Oscar, and since Maxie knows how that feels, she will gladly offer her guidance to the younger girl. Here’s what you need to know.

Maxie doesn’t want to overstep her boundaries (even though as we all know that really hasn’t been a problem for her before.), but Joss is really struggling so we can only hope that she’ll take Maxie up on her offer of help.

Meanwhile, Jax, Nina, and Ava will have a meeting. However, Jax won’t want Ava as the new covergirl for Crimson. It doesn’t matter if she did help put serial killer Ryan Chamberlain behind bars, he won’t like the idea of her on the cover at all. When Jax sees Ava, he only thinks of Carly and the fact that she lost her son, Morgan due to Ava’s actions long ago.

Seems that after this little meeting-turned-roast, Ava will throw up her hands, it s not worth it to got battle for a magazine cover in her opinion.She will suggest that Nina find another cover girl, since Jax won’t be cool with her anytime soon.

Over at GH, Jordan will be making her rounds through the hallways with her brand new kidney and an IV bag in tow, but she will be just recovered enough to demand answers from Dr. Kevin Collins and Stella Henry. She isn’t the only one, over in Pentonville, Ryan will wake up and demand to know answers too. That’s where Dr. Hamilton Finn and Valerie Spencer will gladly inform him. Of course, Ryan is furious but hey, that’s what you get when you lock up your brother and steal his life for a few months!

Drew and Kim have finally arrived at the resort at Mr. Kilimanjaro just in time for Kim to faint into Drew’s arms when they get in the room. Drew will want her to get checked out, but Kim will insist that it’s probably just a by-product of her not being able to sleep lately. Which could mean some troubled and dark days up ahead but maybe Drew can help pull her back from the brink. Stay tuned!!!